Late last week, we brought you some scintillating performance numbers for Intel's upcoming Core i9-11900K Rocket Lake-S processor, which is rocking what should be the company's last hurrah for the 14nm process node on the desktop. Besides a shift to Cypress Cove CPU cores which bring a big IPC uplift, Rocket Lake-S processors also support PCIe 4.0 (which AMD first introduced with its Ryzen 3000 processors in 2019).

While last week's benchmark showed the Core i9-11900K strutting its stuff in Geekbench 5.0, these latest performance figures are from PassMark. Not surprisingly, the single-threaded benchmarks are quite impressive, even beating the mighty AMD Ryzen 9 5900X. If you recall, AMD touted IPC gains of its own – approaching 20 percent -- moving from Ryzen 3000 (Zen 2) to Ryzen 5000 (Zen 3), and Intel says that Rocket Lake-S is good for a 19 percent IPC lift over Comet Lake-S. 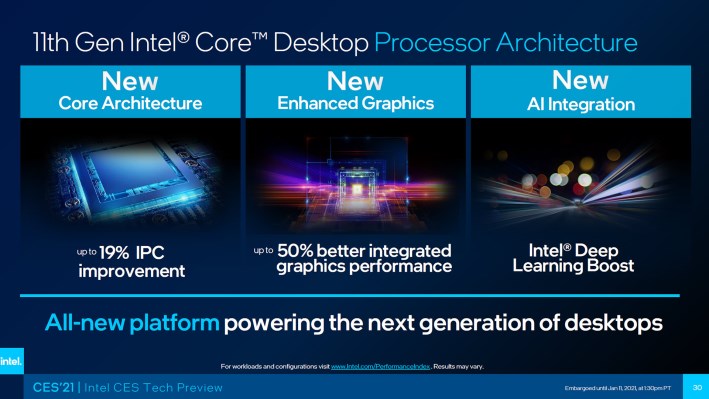 Here's how things shakeout with the alleged PassMark scores: 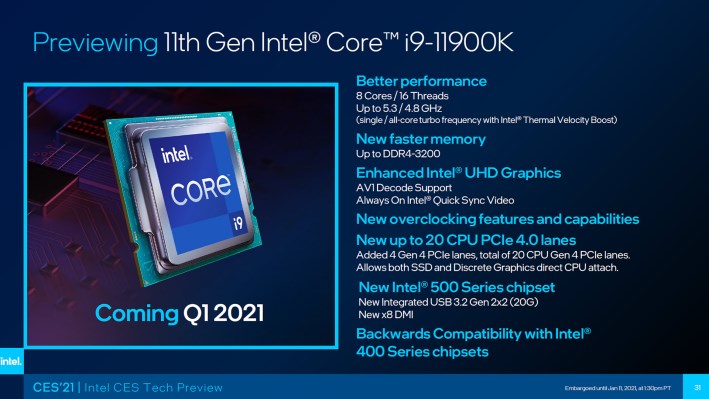 Even with all of AMD's architectural improvements which addressed Zen 2's inherent single-threaded deficiencies compared to Intel's Core processors, it looks as though Intel is about to retake the crown -- at least with respect to single-threaded applications. That means that Intel will be able to crow loudly about its performance advantages in games, which has always been a strong point.

AMD will still have the upper hand in multi-threaded benchmarks, which has always been the case with its Zen architecture. This will be further magnified since Intel's Comet Lake-S processors topped out in 10-core/20-thread configurations, while the Rocket Lake-S flagship tops out with "just" an 8-core/16-thread configuration. AMD, in comparison, has both the 12-core/24-thread Ryzen 9 3900X and the 16-core/32-thread Ryzen 9 3950X to dominate in multi-threaded applications.