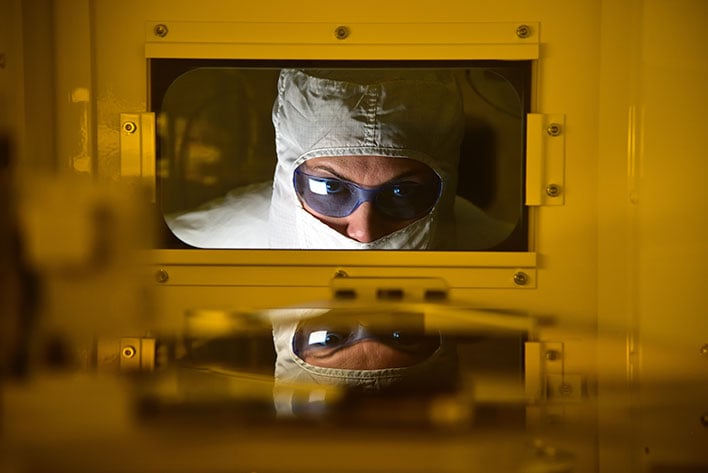 Intel's 10th generation Core processors based on its Comet Lake-S architecture are headed to desktops in the very near future, though are not quite here yet. While we wait, the leaks keep on coming. The latest leak highlights three "KF" variants with up to 10 physical cores and 20 threads, and without integrated graphics in tow.
The information comes by way of a supposed Intel slide. In addition to the three KF models, it also shows three "K" variants. For anyone who is not familiar with Intel's designations, a K processor means it sports an unlocked multiplier (which makes overclocking a lot easier) and an F processors does not feature an iGPU.
Here's a look at the low-resolution slide...

According to the slide, Intel is prepping three KF models, those being the Core i9-10900KF, Core i7-10700KF, and Core i5-10600KF. It's entirely possible these parts failed Intel's integrated graphics testing, but rather than toss the silicon into a trash bin (or whatever Intel does with such things), labeling them as KF allows the company to salvage the chips. Likewise, Intel could simply be looking to flesh out its Comet Lake lineup on the desktop.
Either way, outside of integrated graphics being there or not being there, the specifications for the KF and K models are the same across the board. Here's a look...
To keep things simple, we listed the top speed of each processor, which can be one of several different boost ratings. All of the boost clocks between the KF and K model of any particular SKU are the same, though, whether it's the single-core boost frequency, all-core boost frequency, and so forth.
That said, the Core i9-10900KF and Core i9-10900K are the only two out of the above bunch with support for Thermal Velocity Boost. This gives those chips the ability to boost even higher when using a meatier cooling solution.
The slide also highlights three lower power variants, each with a 65W TDP. They include the following the models...
Like the Core i9-10900KF and Core i9-10900K, the Core i9-10900F supports Thermal Velocity Boost as well, with a top frequency of 5.2GHz.
It will be interesting to see how all this pans out. Comet Lake-S is another iteration of Intel's 14-nanomter node. It's a highly mature and refined node at this point, though we are still waiting for Intel to launch 10nm desktop parts in volume, which might come by the end of the year.