Intel had a busy CES week with a bevy of announcements, including new additions to its desktop Alder Lake family. However, one SKU that was not announced at the event was the 12th Gen Core i5-12490F. Despite its no-show, this appears to be a legitimate chip, as indicated by a retail listing with several shots of the packaging, and a handful of benchmark runs on Geekbench.
The general assumption is that the Core i5-12490F is exclusive to China, hence why it was not included in any presentation materials we've seen to this point. It showed up at JD.com and assuming the listing is accurate, this is another Alder Lake CPU that is riding solo with P-cores.

It's probably real, but how does it perform? Here's what we have to go on for the moment... 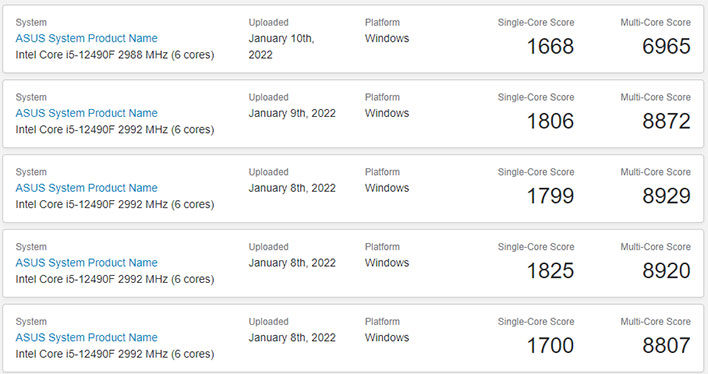 There are a handful of benchmark runs on Geekbench. The best single-core score of the bunch is 1,825 while the best multi-threaded score obtained is 8,929. All five of these benchmark runs were performed on a test bed with an ASUS TUF Gaming B660M-Plus WiFi D4 motherboard with 32GB of DDR4-3200 RAM and Windows 10 64-bit.
Here's how those scores stack up against ones we obtained for other CPUs as part of our Alder Lake performance review... 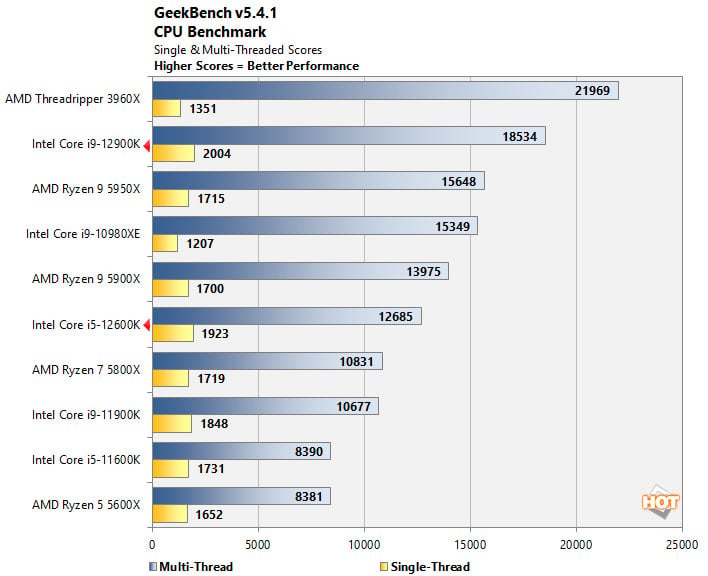 The single-core score of 1,825 puts it right on the heels of the Core i9-11900K and head of most non-Alder Lake CPUs. Meanwhile, the 8,929 multi-threaded score puts the Core i5-12940F comfortably in front of the Core i5-11600K.
We'll have to wait and see how it performs next to Intel's latest additions to its 12th Gen line, but in the early going, the leaked benchmark scores for the Core i5-12490F look very good. Whether the chip will find its way out of China (perhaps in OEM builds), that's a question that will be answered another day as well.