In an effort to bring more chip manufacturing into the United States and address the global shortage of silicon, Intel today will announce a $3.5 billion investment aimed at upgrading its manufacturing facility in Rio Rancho, New Mexico. This is in addition to the $20 billion Intel is pouring into fabrication plant expansions in Arizona.
Intel CEO Pat Gelsinger made the $3.5 billion revelation during a must-watch interview 60 Minutes interview, in which he discussed a range of topics related to chip manufacturing, including when he believes Intel will catch up to Taiwan Semiconductor Manufacturing Company (TSMC), the most advanced chip manufacturer in the world.
During the interview, journalist Lesley Stahl did not pull any punches, saying TMSC is "considerably ahead of [Intel]" on the manufacturing side. Gelsinger did not dispute the comment/question, and instead offered up a time frame for when he believes Intel will close the gap.

"We believe it's going to take us a couple of years and we will be caught up," Gelsinger said.

This is part of the reason why Intel hired Gelsinger to replace Bob Swan as CEO, to return the company to its former glory. Up to this point, Gelsinger has said all the right things and as far as we are concerned, he is the right person for the job. In his new role, Gelsinger wasted no time in announcing aggressive spending to advance manufacturing capabilities, capacity, and innovation.
Part of his plan is to push Intel ahead with the next generation of the company's Integrated Device Manufacturing model, dubbed IDM 2.0. It consists of three primary components, the first being the expansion of its internal network of chip fabs (hence the $3.5 billion fab upgrade in New Mexico), followed by making use of third-party fabs when necessary (like TSMC), and finally establishing Intel Foundry Services to service external customers across the globe. 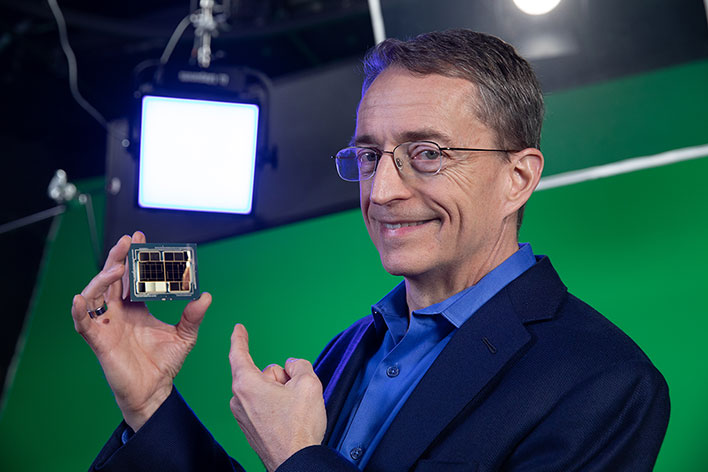 Spending is key. During the interview, Stahl pointed out that Intel has spent a lot more on stock buybacks than it has in research and development. That is going to change under the leadership of Gelsinger.

"We will not be anywhere near as focused on buybacks going forward as we have in the past. And that's been reviewed as part of my coming into the company, agreed upon with the board of directors," Gelsinger responded.
That could play an integral role in Intel taking back the lead and making companies like Apple less reliant on TSMC. And interestingly enough, TSMC executive chairman Mark Liu seems to agree, saying during the same 60 Minutes episode that Intel falling behind was "surprising for us too."
What Liu disagrees with, however, is the notion of shifting manufacturing to the US simply to re-balance the supply chain. Around two-thirds of all semiconductors are made in Asia, and just 12 percent in the United States. Gelsinger points out that the US accounted for 37 percent of chips 25 years ago, so there has been a huge shift in manufacturing during the past two and a half decades.
Adding more manufacturing in the US could help with the global shortage, but from Liu's perspective, it's not about where the chips are made.
"I understand their concern, first of all. But this is not about Asia or not Asia I mean, the shortage will happen no matter where the production is located because it's due to the COVID," Liu said.
"I think US ought to pursue to run faster, to invest in R&D, to produce more Ph.D., master, bachelor students to get into this manufacturing field instead of trying to move the supply chain, which is very costly and really non-productive. That will slow down the innovation because-- people trying to hold on their technology to their own and forsake the global collaboration," Liu added. 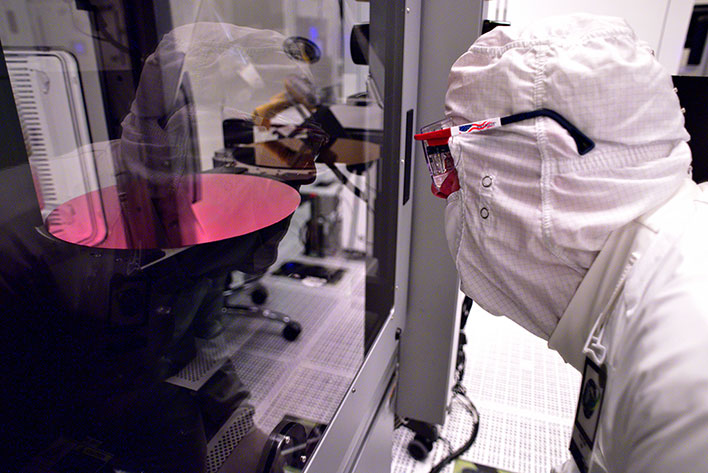 It's a complex issue, and is further muddied by the threat of China invading Taiwan and seizing control of the territory. China has not seen a lot of success in developing its own advanced semiconductors, and so it has to import silicon for the most part. China would obviously rather than go that route, especially after the US last year imposed restrictions on chip makers from exporting some semiconductors to China.
"China is one of our largest markets today. You know, over 25 percent of our revenue is to Chinese customers. We expect that this will remain an area of tension, and one that needs to be navigated carefully. Because if there's any points that people can't keep running their countries or running their businesses because of supply of one critical component like semiconductors, boy, that leads them to take very extreme postures on things because they have to," Gelsinger said.
Like invade Taiwan, which would give China control of TSMC. However, the world's reliance on TSMC's manufacturing could potentially prevent such a scenario from playing out. It is conceivable the US (and maybe other nations) would defend Taiwan if China's president Xi Jinping made such a bold move.
It is a lot to consider, and all part of Gelsinger's tricky job to navigate. He's off to a good start with the planned investments and shift in strategy towards prioritizing R&D over stock buybacks, and we'll have to wait and see how it all unfolds in the years to come.