Earlier this year at CES 2021, Intel confirmed that its 12th generation Alder Lake processors would be arriving later this year built on an 10nm Enhanced SuperFin process node. However, if a new report out of Hong Kong is accurate, we now have a somewhat more detailed timetable for when the new processors will be released

According to HKEPC, Intel will officially unveil its Alder Lake family at a special online event in September. However, the processors won't launch at that point, perhaps to give some additional breathing room between 11th generation Tiger Lake/Rocket Lake-S processors. It's reported that the first Alder Lake-based products will instead ship in December 2021. 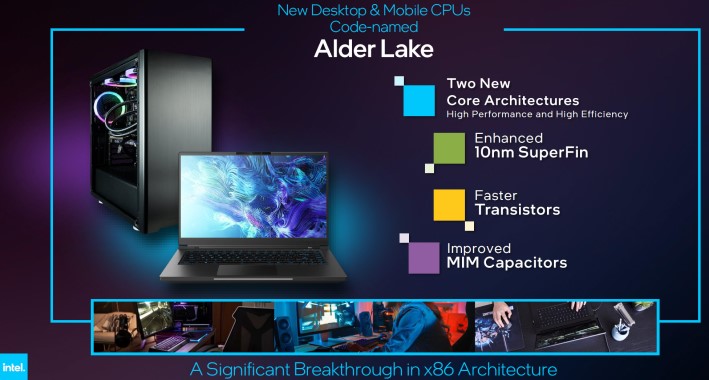 The report also goes on to say that the 10nm Enhanced SuperFin process will allow Alder Lake processors to further reduce power consumption by roughly 15 percent compared to current-generation 10nm processors. While this might not be as big as a concern for desktop users, those power efficiency gains will be greatly appreciated in the laptop/convertible sector.

It's also alleged that Alder Lake processors will deliver a significant IPC lift versus current 11th generation Tiger Lake processors. Alder Lake will use a mix of next-generation Golden Cove "performance" CPU cores coupled with Gracemont "efficiency" CPU cores. The Golden Cove cores are good for a rumored 20 percent IPC gain compared to Tiger Lake, while overall IPC gain (taking into account the Gracemont cores) will be around 17 percent. 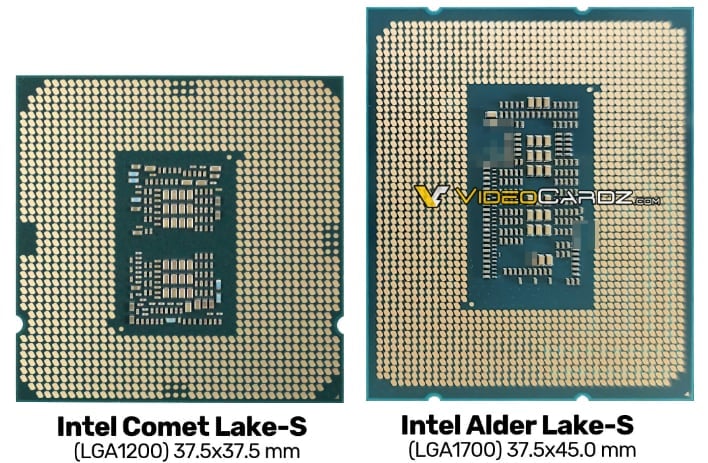 In the most recent leaks that we've seen Alder Lake-S engineering samples been seen in 16-core/24-thread configurations, which is quite odd. The current train of thought is that only 8 cores will be Hyper-Threading enabled, which leads us to believe that these will be the Golden Cove performance cores, while the Gracemont cores would have this functionality disabled. That would allow us to arrive at 16 cores and 24 threads (8-cores/16 threads + 8 cores/8 threads). This is all just speculation on our part, however.

Alder Lake-S processors will shift to an LGA-1700 socket on the desktop, and these will the first processors from Intel to support both the PCIe 5.0 interface and next-generation DDR5 memory.