Since the launch of Intel's Rocket Lake CPUs, we have seen memory makers pump out increasingly faster RAM kits, with speeds topping 5,000MHz. So it goes with Kingston's gaming division, HyperX, which today announced three new high-speed Predator DDR4 memory kits, with speeds cranked up to a blistering-fast 5,333MHz at the top end.
The new high-octane modules sport optimized XMP profiles for Intel's latest chipsets, so you may see the best results when pairing them with a Rocket Lake platform (Z590). However, they are also "compatible with many of AMD's latest chipsets," which typically respond well to higher frequency RAM (up to a certain point, anyway).

These new kits include 5,000MHz, 5,133MHz, and 5,333MHz options. As a whole, HyperX's Predator family now span 2,666MHz to 5,333MHz, with latencies ranging from CL13 to CL20, depending on the specific module. As is typically the case, the higher the frequency, the higher the latency. And at these speeds, HyperX's latest DDR4 additions are faster than some entry-level DDR5 kits that will be coming out later this year. 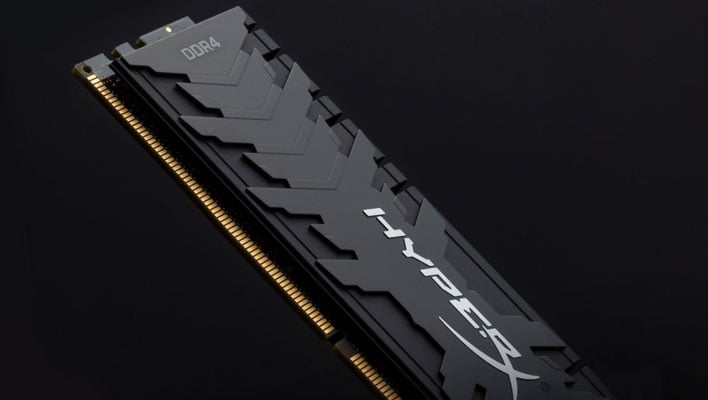 For these latest modules, we're looking at CL19 and CL20 latencies. HyperX is offering the new speed tiers in 16GB kits containing a pair of 8GB modules. As you might imagine, these are not cheap by any means. Here's how it breaks down...
No sane gamer is going to shell out $870 and up for a 16GB kit of RAM, not unless they have oodles of money to burn and a complete disregard for bang-for-buck propositions—a typical 16GB kit of DDR4-3600 costs around $100, even with RGB lighting.
It's far more likely these kits will find their way into the hands of professional overclockers in pursuit of frequency and benchmark records. Companies like HyperX are very much involved in the overclocking scene. Just last month, for example, HyperX's Predator RAM was used to set an overclocking record for the fastest memory frequency, hitting 7,200MHz.
"Following record-breaking overclocking announcements using HyperX Predator DDR4 frequencies, HyperX is excited to expand its offerings with the latest high-speed additions," said Kristy Ernt, DRAM business manager, HyperX. "The new products offer premium components with faster speeds, high performance with maximum reliability and great aesthetics providing more options for gamers building a new PC."
HyperX says it tests all of its Predator DDR4 memory at the factory at the speeds they are advertised at, and backs them with a lifetime warranty. As for these new high-speed kits, they are available now.