HP is giving is OMEN desktop PC line a spring refresh just ahead of summer. The new OMEN 30L and OMEN 25L bring a sleek new look to the company's gaming desktop family, and to our subjective eyeballs, the updated design is a definite aesthetic improvement over the previous generation Obelisk gaming desktops.
There are two sizes, as indicated by the model names—one sports a larger 30-liter chassis with a front intake fan, and the other rocks a skinnier 25-liter enclosure without a front intake fan (just as the Obelisk lacked one). Both models cling to the micro-ATX standard and feature tool-less designs, to make upgrading and swapping out components an easy affair.
HP also equipped the cases with 15mm feet to raise the desktops off the ground a bit. In theory, this should lead to better airflow. On the inside, users will be able to configure a gaming PC around their choice of an Intel 10th generation Comet Lake-S processor or an AMD Ryzen 3000 series chip based on its Zen 2 architecture. 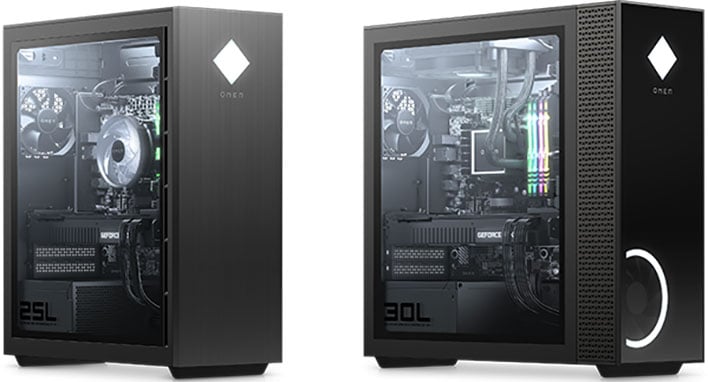 Here's what we're looking at for hardware...

HP notes this is the first time it has used Cooler Master hardware. In addition to tapping Cooler Master for the power supply, HP is also injecting optional (and configurable) 92mm air or 120mm liquid cooler options for the CPU, from the company. And of course HP is leaning on other recognizable brands for the various hardware components.

"The OMEN brand continues to evolve its identity and grow a world class ecosystem of hardware and software solutions in meaningful ways that address the needs of all gamers, especially at a time when socially connecting from home with friends and loved ones is so important," said Kevin Frost, vice president and general manager, Consumer Personal Systems, HP Inc. "The latest OMEN gaming desktop adds components from Cooler Master, WD_Black from Western Digital, and expanded options from HyperX which reinforces our commitment toward providing the best tools for progressing in your favorite games." 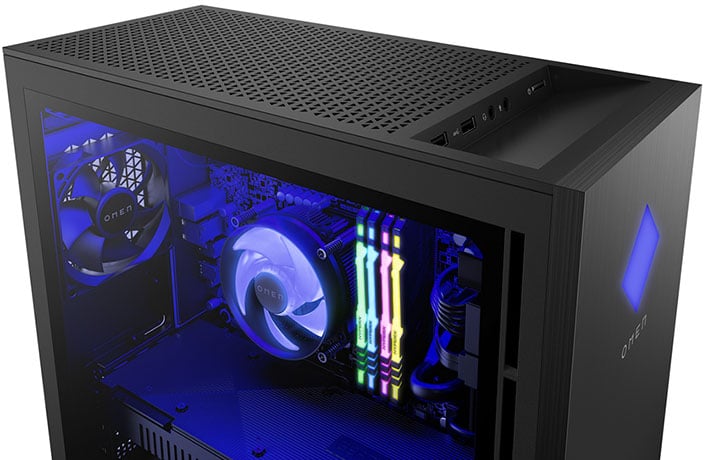 RGB lighting is part of the package as well, naturally. There are six configurable zones, including the front logo, front fan, interior lighting, CPU cooler, memory, and graphics, with five lighting modes to choose from.