It has been a little over three months since Intel formally launched its 11th Gen Core Tiger Lake CPUs, but the market is not exactly flooded with laptops built around the chip maker's latest mobile CPUs. HP is helping to change that—it is rolling out new business-oriented EliteBook 800 G8 laptops built around Tiger Lake, and is also refreshing its ZBook Firefly mobile workstations.
According to Intel, its 11th Gen Core chips are the "best processors for thin and light laptops." In our limited experiences with Tiger Lake so far—including a reference Tiger Lake laptop we benchmarked and during our Dell XPS 13 2-in-1 review—we have liked what we have seen from Intel's latest generation of mobile CPUs, but would like to get our hands on more designs. 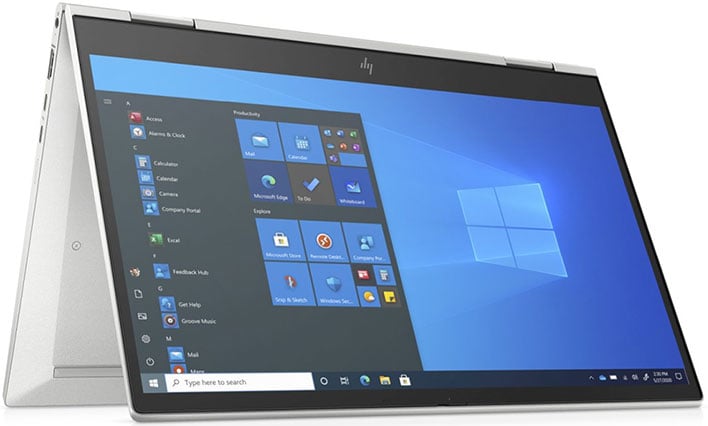 Specifications will vary by model, with Intel offering Core i5 and Core i7 processor options, up to 64GB of DDR4-3200 RAM, and up to 2TB of NVMe SSD storage space. And on the EliteBook 850 G8, HP will also offer optional NVIDIA GeForce MX450 graphics, for a little added punch.
You can also expect standard amenities like Wi-Fi 6 (802.11ax) and Bluetooth 5 connectivity, and an assortment of ports, including two USB-C/Thunderbolt 4 ports, two USB 3.1 Gen 1 Type-A ports, an HDMI 2.0 output, and a 3.5mm headphone jack.

The EliteBook x360 830 G8, meanwhile, is a convertible take on the EliteBook 800 series, with a 2-in-1 form factor that can be used as a clamshell laptop, in tent mode (shown above), in stand mode, or as a tablet. It features a13.3-inch display and weighs 3 pounds.
Pricing has not yet been announced, though HP says they will be available this month. Then in January, it will offer Intel vPro variants. 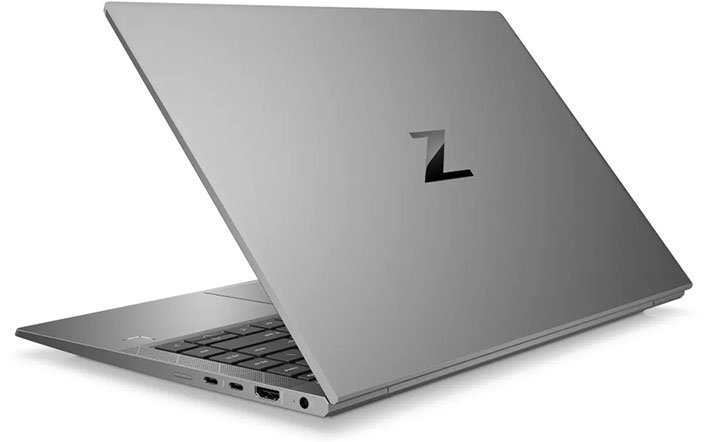 HP is also refreshing its ZBook FireFly mobile workstations with Tiger Lake, with the launch of the ZBook FireFly 14 G8 and ZBook FireFly 15 G8. These will be configurable with an Intel Core i7-1165G7 or Core i5-1135G7 processor. Those are both quad-core parts with Hyper Threading support, with the Core i7 model having faster clocks and 96 execution units (versus 80 EUs) on the Xe graphics side.
Likewise, there will be an optional graphics upgrade available on these models as well—specifically, NVIDIA's T500. Otherwise, HP is still touting these as light and nimble workstations, weighting 3 pounds and measuring 0.7 inches thick.
"High-performance solutions that keep people connected and productive are essential for remote work," said Sandeep Gupte, senior director of Professional Visualization at NVIDIA. "NVIDIA T500 in the HP ZBook Firefly G8 will enable graphics-intensive work in an ultra-compact form factor, no matter the location."

HP will also offer these with up to 64TB of RAM and up to 2TB of SSD storage, just like its EliteBook 800 G models. As for the display, there are five different options, four of which are 1080p panels with various brightness and features (like touch support and a privacy filter), and one of which is a 4K panel.
These will also be available later this month, with pricing to be revealed closer to release.