It took a minute (and I don't mean a New York minute, more like a country minute) but you can finally update the firmware on Sony's DualSense controller using just a PC. Up until this point, you had to own a PlayStation 5 console to apply controller updates, and that was a major bummer for anyone who purchased the DualSense solely for PC gaming.

That's not to say you should. Despite what SEO-oriented guides might proclaim, the very best controller for gaming on console and PC is whichever one you prefer, and don't let anyone tell you otherwise. We all have our preferences, and that's fine.
For me, I had long gravitated towards Microsoft's Xbox controllers over the years (for games where I use one—the mouse and keyboard combo is still king), and before that I was all about the DreamCast gamepad. But my affinity for Xbox controllers changed when Sony introduced the DualSense for the PS5. Plain and simple, it rocks. Incidentally, it was recently voted best controller of all time, for whatever that's worth.

It can also be used on PC. Not every game takes full advantage of the DualSense's features, but many do and it's still a comfortable gamepad either way. And now Sony appears to be showing greater support for using the DualSense on PC.

Sony Releases A Firmware Utility To Update The DualSense On PC 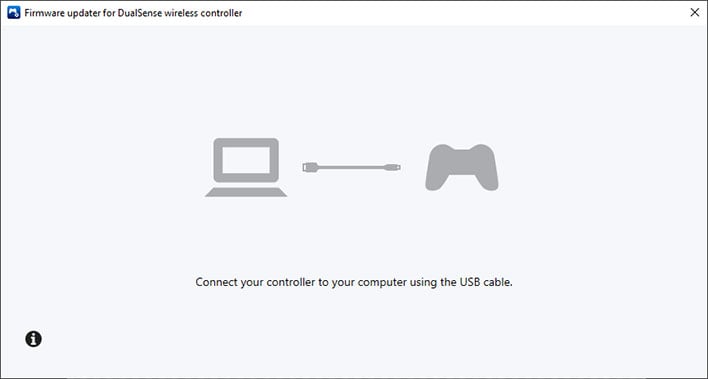 To update the DualSense on PC, you need to be running Windows 10 (64-bit) or Windows 11. You also need a USB cable, and of course own a DualSense controller. The process also requires a nominal 10MB of storage space and a display resolution of 1024x768 or higher.
Once those pieces are in place, follow these steps...
Sony warns not to disconnect the USB cable or turn off your PC while the controller is updating, presumably because you could end up with a bricked DualSense. Having your PC plugged into a UPS battery backup would help allay any such concern.