Dragging and dropping files between your Samsung Galaxy smartphone and Windows 10 is now a cinch, thanks to an upgrade Microsoft made to its Your Phone app for Android handsets. This is basically an extension of the tight nit relationship between Microsoft and Samsung, with the former promising to introduce drag-and-drop support between the latter's phones and Windows 10 PCs when the Galaxy S20 series was announced. Now that functionality is here. Well, sort of.
This is being tested to members of the Windows Insider program. Microsoft will presumably expand the feature to support more Android handsets, but for the time being, drag-and-drop functionality requires a Samsung device running Link To Windows version 1.5 or higher. It also requires that the Samsung phone and Windows 10 PC be connected to the same Wi-Fi network. 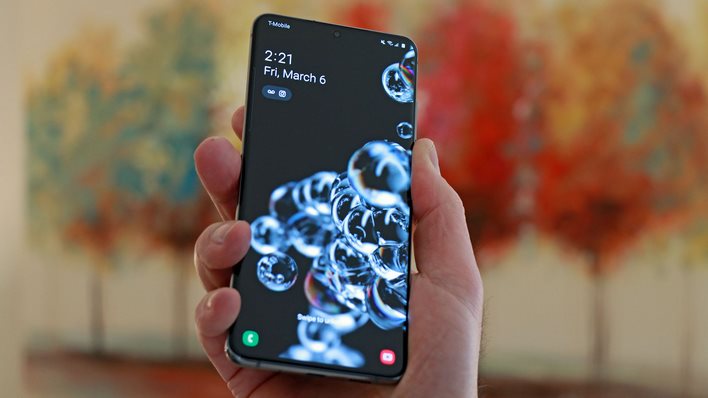 If you want to get started with this, you need to have the latest Windows 10 preview build installed. You also need to install the Your Phone app from the Microsoft Store, and of course have an updated version of Link To Windows on your Samsung handsets.
To drag from the My Files app on your smartphone, open your phone screen in the Your Phone app and use your mouse to navigate to whatever folder within My Files that you want to transfer files to and from. Long press on the desired file until a checkmark appears, then release. You can select additional files by tapping on them.
Next, use your mouse to long press again on the file(s) you selected and a thumbnail will appear. Drag the files to your PC and drop them where desired.
You can also drag files from the Gallery app on your Samsung phone. The same process applies, except you will navigate to Albums instead of My Files.
To transfer files from your Windows 10 PC to your Samsung phone, open the Phone screen in the Your Phone app, use your mouse to select the desired file(s), and drag them to the Your Phone app window. The cursor will change to say "Copy" when you have navigated to a place where the selected files are able to be dropped.
There are some limitations, as outlined by a Microsoft employee on the company's community forum. While you can transfer multiple files at once, there is a maximum of 100 files at a time. In addition, none of the files can be larger than 512MB in size. And unfortunately, you can only select files, not folders.
Even with those restrictions in place, this is a handy upgrade.