Hot CPU Deals: Every AMD Ryzen 5000 Zen 3 Desktop CPU Is On Sale Ahead Of Black Friday

Pre-Black Friday discounts abound on all kinds of hardware, some of which we have already covered including bargains on TVs, earbuds, and more. PC parts are getting marked down early too. Head over to Newegg, for example, and you will find that every single Ryzen 5000 series desktop CPU based on Zen 3 is on sale (not to be confused with APUs).
Perhaps the most notable of the bunch is the Ryzen 7 5800X. It's on sale for $389.99, but if you apply coupon code BFPAYA526 at checkout, you can get it for $374 at Newegg (save $75 over list price). That is the cheapest we have seen it there, and is also $10 less than the lowest price we have seen at Amazon. If you live near a Micro Center you can score the chip for even less ($329.99, plus another $20 discount if bundled with an eligible motherboard), but that's an in-store price only.
You can also save money on the Ryzen 5 5600X. It's on sale for $294 at Newegg after applying coupon code EMCAYA922 at checkout. That makes it $15 below its list price.

Both the Ryzen 9 options are on sale too. The Ryzen 9 5900X is discounted to $519 at Newegg (save $40 over list) after applying coupon code BFPAYA525 at checkout, and the flagship Ryzen 9 5950X is down to $739 at Newegg (save $60) with coupon code 93XSC84.
More discounts could conceivably on the way. For one, Alder Lake is just now beginning to stretch its legs in retail. And secondly, it won't be terribly long before AMD launches its Zen 3+ CPUs with 3D V-cache, which is claimed to deliver a 15 percent performance boost in games. 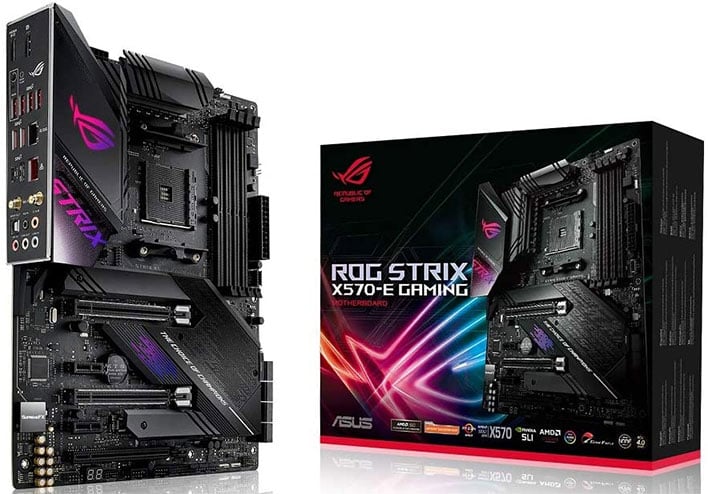 If you need a new motherboard to along with a Ryzen 5000 series CPU, there are several X570 models on sale too...
Check back at HotHardware often as in addition to our usual coverage of news and reviews, we'll be tracking Black Friday and Cyber Monday discounts throughout the deals seasons.