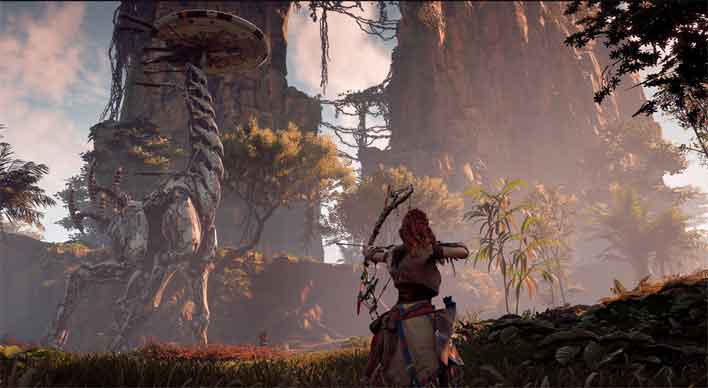 One of the cooler looking PC games that has been teased in recent months is Horizon Zero Dawn, and it is currently up for pre-order on Steam and the Epic Games Store. The official launch date for the game has been confirmed for August 7.

Horizon Zero Dawn was initially released as an exclusive on the PlayStation 4 game system, and with the PC Port launch date confirmation also came with a trailer that shows beautiful graphics and a bit of the gameplay. The trailer shows that the port will feature unlocked framerates, dynamic foliage, controller mapping, improved reflections, and benchmarking tools. PC gamers also get support for ultrawide resolutions and more.

That included content is all of the download content and the base game. Just about any gaming PC should be able to run the game, as minimum system specs are as follows:

For those unfamiliar with the game, it follows a character named Aloy, who is on a quest to unravel mysteries of a future Earth ruled by machines. She is outcast from her tribe and fights to uncover her past and stop a threat to the future. The game features an open world and lets players explore freely. It can be pre-ordered below:

In other recent gaming news, Crysis Remastered was recently postponed after a lackluster response to a leaked trailer for the game.