Here's Why SSD Pricing Could Skyrocket In 2020, But Here’s Hoping It Doesn’t 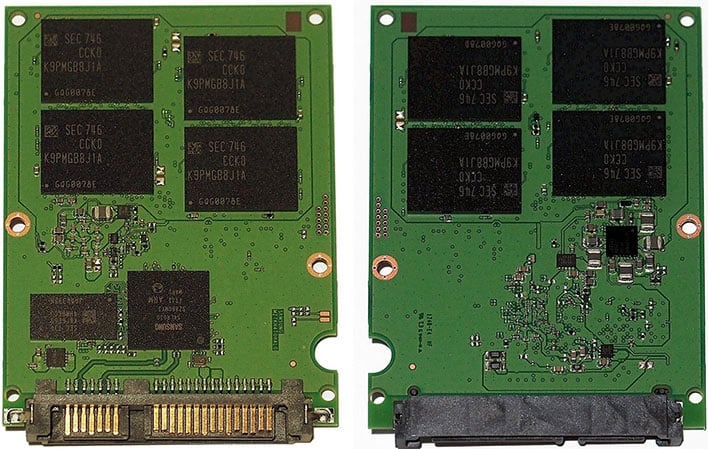 Only somewhat recently has pricing on solid state drives (SSDs) become attractive to the point where buying a mechanical hard disk drive (HDD) only makes sense for backup duties and other secondary storage configurations (like in a NAS box or for a surveillance system). However, SSD pricing could see a steep rise this year, due to rising costs of NAND flash memory chips.
The timing is unfortunate because even NVMe SSDs with faster speeds than SATA-based SSDs have dipped in price. Here are some examples...
Pricing in the realm of SATA SSDs is even more attractive, with this Colorful 2TB SATA SSD selling for a low $163.99 on Amazon, and Samsung's 860 QVO 2TB SSD going for $199.99 on Amazon. Even though HDDs are still cheaper on a dollar-per-gigabyte basis, SSD pricing in general has reached a point where it is no longer painful to outfit your PC with the faster storage medium, even at higher capacities.
This is mostly dependent on the cost of NAND flash memory chips, which in the past has been volatile. Unfortunately, Digitimes is reporting that NAND flash memory pricing could rise by as much as 40 percent by the end of the year, according to the sources it spoke to entrenched within the memory production channel. The site refrains from naming the specific sources, but if NAND flash memory pricing shoots up, so too will the cost of SSDs.
A 40 percent price hike is fairly significant. It's not a given that this will happen, or that SSD pricing will rise by the same amount. Other factors could come into play, such as advances in controller technology. But to paint a picture of a possible scenario, let's use the predicted 40 percent spike in NAND flash memory and apply it directly to the cost of an SSD. Suddenly that Sabrent Rocket Q 2TB SSD above, priced at $219.99 today, would jump to over $300 by the end of 2020.
Analysts at TrendForce are echoing the prediction to a degree. After a "sharp uptick in the wafer market" recently caused NAND flash wafer pricing to go up, they are projecting pricing will "continue to rise" this year.
"The 2020 supply and demand of NAND Flash is expected to show a stronger market shortage. In terms of contract prices, TrendForce asserts that the demand performance of NAND flash products exceeds off-season expectations, while supply growth appears to be conservative, and suppliers have reduced their inventories. Therefore, contract prices of NAND flash products are expected to keep rising in 1Q20," TrendForce says.
Furthermore, the research firm says the price increase of SSDs will be higher than that of embedded memory products that also use NAND flash memory chips. Put another way, SSDs will be hit the hardest, if NAND flash memory pricing shoots up as predicted.

Here's hoping these predictions either do not come to pass, or are overstating just how much pricing will rise. If not, you may want to think about buying a bigger SSD now rather than putting off an upgrade.