In 1984, Hasbro and Takara-Tomy released The Transformers upon an unsuspecting world, and this six-year-old was hooked. Led by Optimus Prime, a red and blue cabover Peterbilt semi truck that turned into a friendly alien robot, the Autobots had to defend Earth from the evil Decepticons. At least, that was the case until 1986 when The Transformers: The Movie when the toy companies had new models to release and almost the entire original cast died. It was as awful as it sounds. Since then, the franchise has spawned multiple series, games, and movies.

The original Generation 1 Transformers toys still have a loyal following to this day, and Hasbro has done its best to keep the flow of homages coming. The latest is an incredible autonomous replica of the famed Autobot leader with no fewer than 27 servo motors in tow. The Optimus Prime Auto-Converting Programmable Robot has a whopping sixty controller chips that handle everything from transforming from semi truck to robot and back again to walking on his own. Hasbro says that this 19" robot has over 5,000 discrete components and no fewer than 60 discrete microchips to perform more than 30 preset actions. 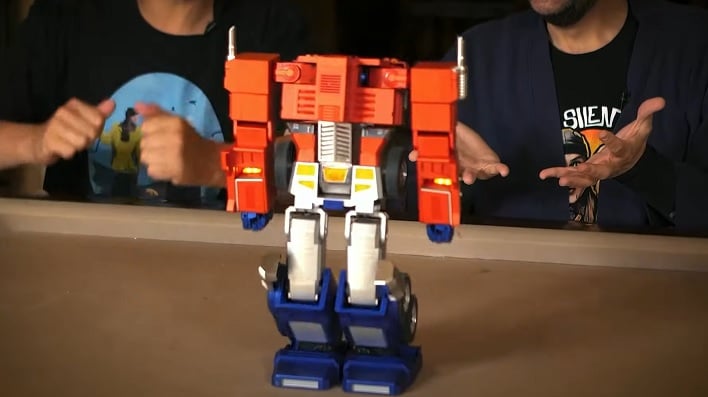 The look of this Optimus Prime is certainly faithful to the 1980s TV series and comic books. This model was designed and constructed by Robosen Robotics, and licensed by Hasbro. At Hasbro's Pulse Fan Fest 2021, a virtual event streamed on YouTube, Jason Mewes and Kevin Smith, perhaps better known as Jay and Silent Bob, introduced the Auto-Converting Optimus Prime and showed off much of what it can do. With the voice command, "Hey Optimus Prime, convert" the truck transformed into the robot and stood up on its own.

Like anything automated these days, this Optimus Prime is controlled by voice commands and with a smartphone app available for Android and iOS. The ROBOSEN: Optimus Prime app, which will be available on Google Play and iTunes once the robot releases, handles one-touch macro commands, including transformation, as well as manual controls for aiming and speaking one of the 80 built-in sound effects and voice phrases. Those vocal snippets are performed by Peter Cullen, the original voice of Optimus Prime. Hasbro says the app will continue to expand with additional automation options over time, too. 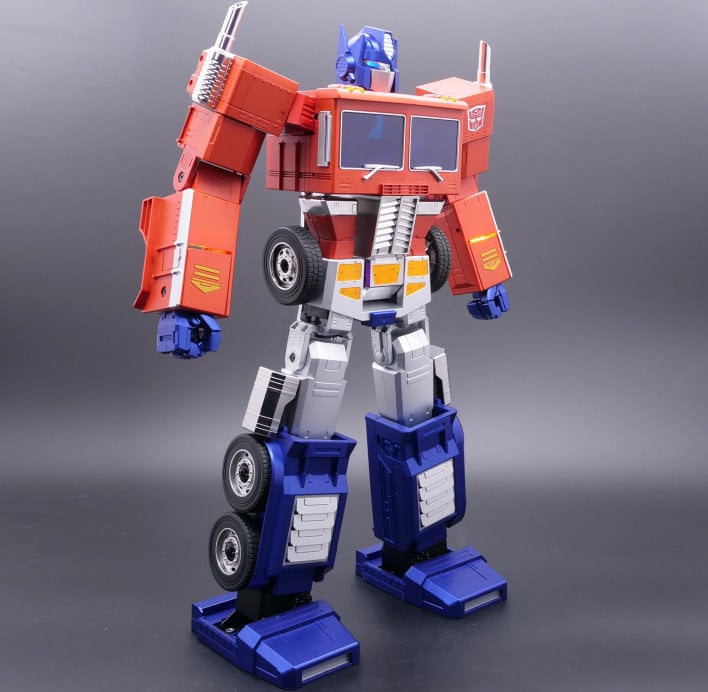 Robotics and intricate detailing like this obviously don't come cheap. Hasbro has placed a $699 price on the Optimus Prime Auto-Converting Programmable Robot, with preorders scheduled to ship in early October. Interested G1 fans can head over to Hasbro's Pulse website and place preorders from the company directly.