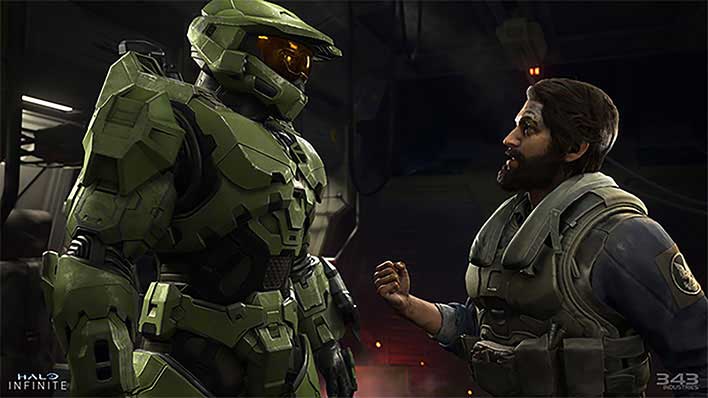 Many gamers have been just as excited about Halo Infinite as they are about the launch of the next generation Microsoft Xbox Series X. Halo Infinite was expected to be the premier launch title for the game console, but it was recently delayed until 2021. Now, a Microsoft insider has allegedly come forward and said that the game could be postponed until 2022.

The insider claims that the game might even skip support for the Xbox One S entirely. According to the mysterious insider, the current version of Halo Infinite was having major issues running on the Xbox One S. Infinite was allegedly running at lower than 900p and having issues loading assets into levels on the current-generation console. The game's Xbox One S issues are on top of the problems already seen in the gameplay demo. That demo was reportedly running on a gaming PC with specs similar to the Xbox Series X.

It appears that Microsoft's promise that its next-generation titles would support the Xbox One for several years has caused a problem with the development of Halo Infinite. There have been questions surrounding the game since the first showing of gameplay footage at the Microsoft Xbox Games Showcase about a month ago. Many gamers were concerned after the gameplay video showed a title that lacked the fit and finish expected of a long-anticipated and highly important game like Infinite.

343 Industries waited for two weeks after the gameplay reveal and announced that it would be delaying the game into 2021. The poor feedback after the reveal combined with the studio not wanting to force massive levels of workload on developers were among the reasons for the delay. Many gamers had linked the launch of Halo Infinite to the Xbox Series X launch so closely that Microsoft had to step forward and confirm the console was still launching in November without the new Halo title. 343 Industries has offered no confirmation of the claims made by the insider. It announced earlier this month that the game was delayed until 2021.