Halo Infinite Multiplayer Gets A Surprise Early Launch, How To Play Now On Xbox And PC

It wouldn't be much of a 20-year celebration of Xbox without some kind of Halo announcement, but worry not gamers, Microsoft didn't make that mistake. At the conclusion of its Xbox Anniversary Celebration livestream today, Microsoft announced the semi-surprise early launch of Halo Infinite Multiplayer Season 1: Heroes of Reach.
We say "semi-surprise" because it was rumored this might happen, and it surely did. This is the free-to-play multiplayer component of Halo Infinite, which is scheduled to launch on December 8. But rather than make gamers wait until then, they can begin playing right now on Xbox Series X, Xbox Series S, Xbox One, and Windows PCs. Microsoft says it will also be available via Xbox Cloud Gaming later today.
This isn't a gimped experience, either. The free-to-play beta includes all maps and core modes in Season 1, as well as Academy features and Battle Pass items. All progress will be carried over to Halo Infinite when it launches in three weeks. In addition, anyone who participates in the beta within the first week can unlock a free collection of 20th anniversary themed cosmetics. 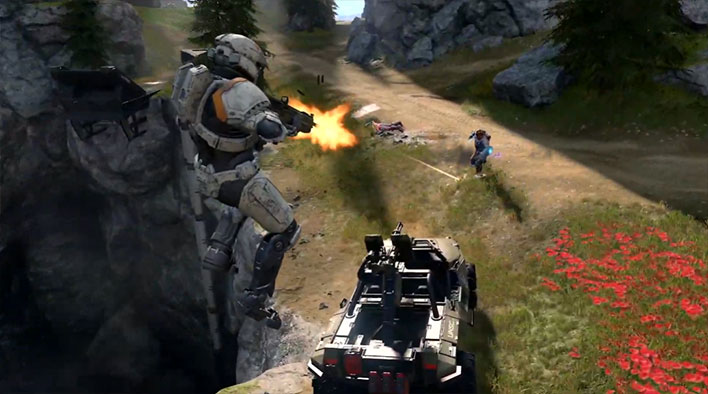 So if Season 1 is ready to go, why the beta?

"Our previous Multiplayer Technical Previews went a long way to battle-testing our services and infrastructure. But as we prepare for a significant increase in the number of players jumping into Halo Infinite on launch day, December 8th, we want to ensure all our systems are good-to-go," 343 Industries explains.
The developer says you might into "some bumps and bugs" along the way. Even so, today's surprise launch marks the official start of Halo Infinite Season 1, despite the beta designation. It will last until May 2022. 343 Industries said it originally aimed to ship a new season every three months, but decided to extend Season 1 so it can have more time to finish and polish Season 2.
To jump in and start playing, head to download Halo Infinite Multiplayer from Steam or the Xbox Store.