Halo Infinite was originally supposed to come out in November 2020, but instead will not be released for another few months. However, there is a way for eager fans to test the waters before the official release. It was recently announced that the Halo Infinite beta will be available this weekend.

The Halo Infinite beta will start on Thursday, July 29th and run until Sunday, August 1st. News about the beta was sent to Halo Insiders via email. The beta will be preceded by a livestream that will show off what players can expect from it. The livestream will occur today, Wednesday, July 28th, at 2pm ET and and can be watched on the official Halo Twitch channel and Halo YouTube channel.

Testers must be Halo Insiders. You can sign-up for the program at the Halo Waypoint website. Players must be eighteen years or older, sign the Halo confidentiality statement, opt-in to communications, verify their email address, and select whether they will be playing on console and/or PC before entering the Beta. The program provides players the opportunity to “regularly provide feedback and insights that help shape and inform current franchise initiatives and the future of Halo.”

Halo Infinite developer 343 Industries has thankfully already told players some of what the beta will include. Players will battle against AI bots during the preview on three maps-- Bazaar, Recharge, and Live Fire. Players will also be able to test out various Weapon Drills. 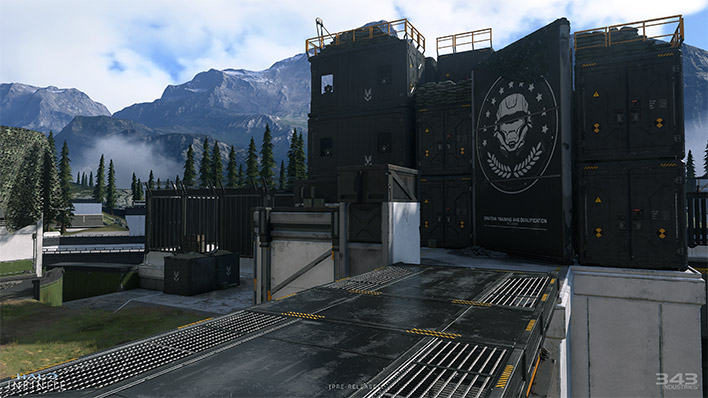 The developers are specifically looking for feedback in four key areas-- core gameplay, maps and mods, Academy’s Weapon Drills, and the menu and battle pass user interface (UI). They are asking players to note whether they find the various battles, maps, and weapons to be balanced, intuitive, and fun. They want to know how easy it is to navigate the UI and whether the Battle Pass’ progression makes sense to players.

The team has a variety of ways of measuring the success of the beta. The Xbox UR team will send out a survey to beta players with “detailed questions that drive deep into the core of a player’s experience.” The Community Team will be checking forums, social media, and game streams for even more feedback. The developers request that players report any bugs or other problems to Halo Support.

343 Industries reportedly finished with the game’s content quite some time ago. They have focused over the last few months instead on fixing bugs and optimizing the game on Xbox consoles and PCs. All of this testing is especially important given that the game has already been delayed by a year. Players would surely be even more disappointed if a game they have waited for was riddled with issues. Halo Infinite will be released sometime in Fall 2021.