Rockstar Launches GTA+ Subscription Service With Member Exclusive Benefits But Is It Worth It?

Once upon a time, it was commonplace for online games to have subscription fees. The earliest popular graphical online games, including Ultima Online and EverQuest, all had recurring service fees, as did many games that came after, such as Final Fantasy XI and World of Warcraft.

That model has largely given way to the "freemium" model where the publishers give the game itself away for free, but much of the game's content is locked behind the choice of either extended play times "grinding" for materials, or the option of skipping that grind with a real-money payment.


However, some games have both, and that usually includes the longest-lived and most-successful ones. Sega's ten-year-on Phantasy Star Online 2 is free-to-play, but has extensive cash purchases and also has a "premium" subscription available. In Final Fantasy XIV and the venerable World of Warcraft, the subscription fee is still required despite the presence of a cash shop. 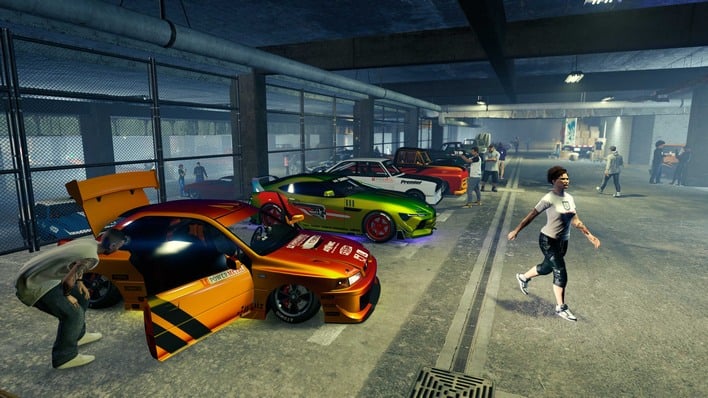 Grand Theft Auto Online has a lot of similarities to what we usually think of as qualities of "MMO" games. While it isn't "massively multiplayer" on a local scale—sessions normally include a maximum of 32 players—there are tens of thousands of players online at any given moment. It has named player characters with persistent progress and all of the other things we think of from MMO games: equipment, appearance customization, player housing, difficult multiplayer "raid" events, and so on.

With that context in mind, it probably shouldn't be a surprise that Rockstar is launching a subscription service for GTA Online. It's called GTA+, and it costs $6 a month. Ponying up for the premium subscription earns you a cool $500,000 in the in-game GTA$ currency every month and extra GTA$ on "Shark Cards," as well as exclusive benefits. Here's the list of benefits for the first month:
It would be easy to criticize Rockstar for this move because the company has already taken $60 of your money for the game. That's to say nothing of the grind-heavy nature of GTA Online that practically forces players to purchase Shark Cards for in-game currency if they want to make progress at any kind of reasonable rate. There's also the fact that the company is charging money for what is honestly an extremely minor update on the current-generation consoles.


In the interest of fairness, though, we'll note that many players who bought GTA V (including GTA Online) purchased it nearly a decade ago. Just like other major online games, GTA Online has seen years of additional content and improvements through continual updates, and that stuff does cost money to create.


If you own GTA V, you don't actually have to pay Rockstar anything to play it for the rest of eternity, so giving players an option to spend a little every month to support continued development is fair. However, the list of benefits, at least for the first month, is pretty weak.

There's another caveat, too: this program is only available to players on the PlayStation 5 and Xbox Series consoles. We've asked Rockstar if GTA+ will be coming to the PC version, and will update this post if we get a response.