At some point, Rockstar Games will inevitable announce Grand Theft Auto VI, because the hugely popular franchise is much too big for Grand Theft Auto V (and GTA Online) to end up being the swan song. When will it happen, though? Not on March 25, as was rumored (the date has come and gone). And not during a subsequent livestream that had some fans excited, which turned out to be a prank.
Let's back up a moment. Last week, GTA VI rumors kicked into high gear when an anonymous forum users claimed to have the skinny on a pending announcement. Citing "multiple inside sources," the user claimed GTA VI would see an unveiling on March 25, with players being reintroduced to a 1980s style Vice City setting.
Separately, the Internet community noticed around the same time that the domain GTAVI.com had stopped redirecting visitors to Rockstar Games. This sometimes happens on parked domains just prior to a launch. 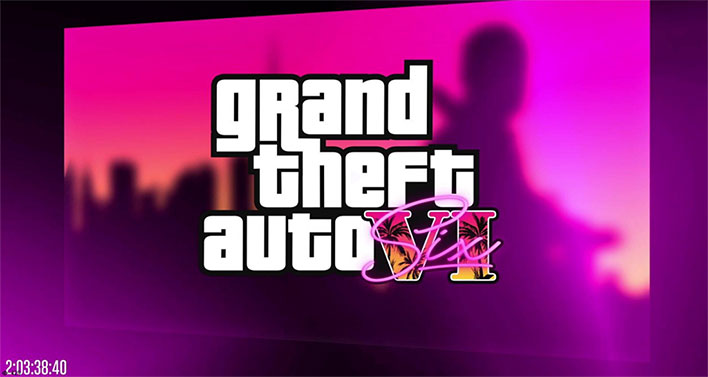 March 25 came and went without an announcement, but then a Twitch channel labeled GTAVI hit the scene. It featured a GTA VI logo and a countdown timer. And in the stream's description, there was a link to Rockstar Games, along with a message welcoming visitors to "our official Grant Theft Auto VI Twitch Channel." The description further promised that "throughout the next coming days we'll see broadcasting announcements and sneak peaks live through the power of Twitch!"
While it may have seemed plausible, it turned out to be a fake. The clues were there all along. There was no verified badge to be found, but what visitors could find were mistakes in spelling and grammar, such as "peaks" instead of "peeks."
The countdown timer was the telltale sign, though, because it expires on April 1, 2020, otherwise known as April Fool's Day.

I can neither confirm nor deny this. But I did read your tweet 😉 https://t.co/0ZEVjR9A4c

There will likely be more fake leaks ahead of whenever GTA VI launches, the challenging part is sifting through what might be real and what is clearly not. For example, the resume of Mexican actor Jose Consejo had come to light last year and sparked interest because it lists a CGI role for GTA VI from back in 2018. When this was brought up on Twitter, Consejo replied that he could "neither confirm or deny" that he is in GTA VI, along with a winking emoji.
"While I read every message from you, please know that because of contract stipulations sometimes I’m unable to comment on certain projects," Consejo wrote in a more recent tweet. "Please don't feel ignored or unseen. I appreciate and value every single one of you."
Whether he acted a role in GTA VI is not clear, though if not, he could have just as easily squashed the speculation without running afoul his contract obligation.