We've talked quite a bit about GPD's handheld PCs over the years, and the company's latest creation is coming closer to fruition. GPD today announced pricing for its upcoming Win 3 handheld gaming PC, which looks somewhat like a Nintendo Switch, but with vastly superior hardware at-hand to handle modern games.

First off, what is the Win 3? Well, it's a Windows 10-based computer that has a 5.5-inch display. The display slides upward to reveal a backlit QWERTY keyboard, which means you won't have to lug around a Bluetooth keyboard with you on-the-go if you want to get some actual work done. This arrangement reminds us a bit of the old school Sony Vaio UX UMPCs from the early 2000s.

GPD is offering the Win 3 in two hardware configurations according to a tweet from this morning. The base system comes in at $799 and includes an Intel Core i5-1135G7 (Tiger Lake) processor, 16GB of LPDDR4X-4266 RAM, and a 1TB PCIe SSD. The top configuration gets you the same RAM/SSD specs, but bumps the processor up to a Core i7-1165G7 for $899. Both of those models come with a black chassis, although there will be a "Limited Edition" version of the entry-level system that will come in silver/black. 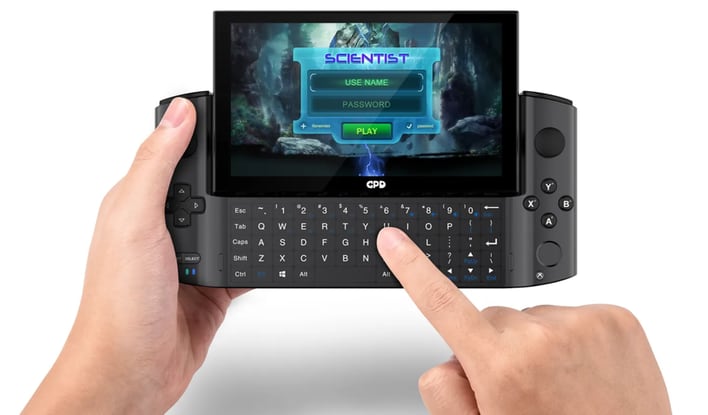 Despite its small stature, the Win 3 manages to incorporate both a left and a right joystick, a D-Pad and four front-facing buttons (ABXY). There are also four trigger buttons at the top of the device (L1/L2, R1/R2). You'll find a front-facing fingerprint scanner for unlocking the device, a USB-A port at the top, and a single Thunderbolt 4 port at the bottom of the device. Other features include a microSDXC slot, Bluetooth 5.0 and Wi-Fi 6 support. And if that wasn't enough, there are dual vibration motors incorporated into the grips. There will also be an optional dock to make the device even more useful as a desktop-based machine. The dock hooks up via the Thunderbolt 4 port and provides HDMI-out, a USB-C 3.2 port, three USB-A 3.2 ports, and GbE. 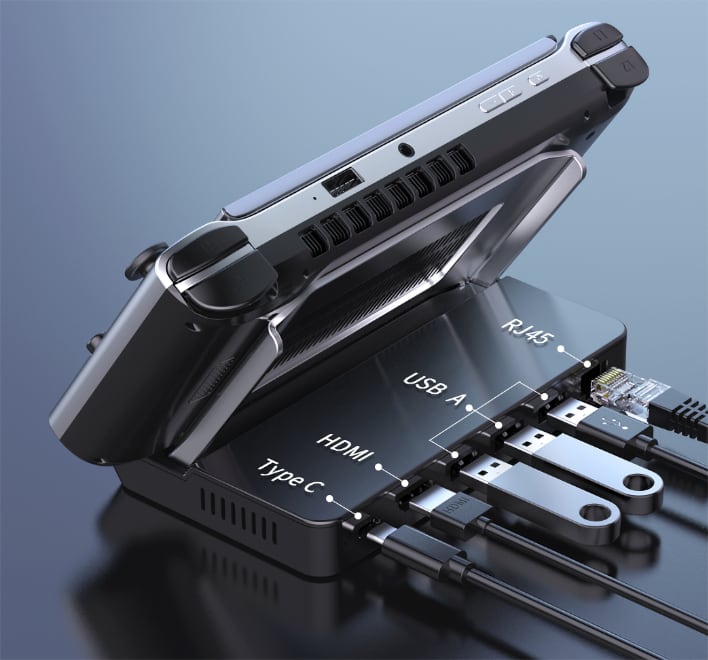 GPD is promising performance of 60fps (average) or greater (at 1280x720) in a lengthy list of AAA titles with the Win 3. That's not bad, but we have to wonder how the gaming experience will holdup against a smartphone with a larger display running something like NVIDIA GeForce NOW or Google Stadia.

At this time, we don't have an official launch date for GPD's Win 3, but the company has setup an Indiegogo page that has all the details you could possibly want to know about the device prior to its on-sale date.