Another day another vulnerability. Several, actually—the Stable Channel for the desktop edition of Chrome had an update on April 26, 2022 that includes no less than 30 security fixes, half a dozen of which are rated as "High" severity flaws.

The release notes for Google's Chrome v101.0.4951.41 for Windows, Mac, and Linux has a long list of bug fixes; you can view it here. However, there's also an interesting statement in that page. 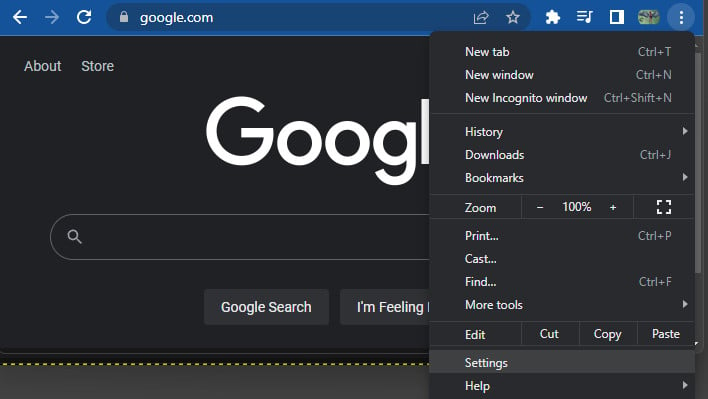 Click Settings in Chrome Window to start your Update


"Note: Access to bug details and links may be kept restricted until a majority of users are updated with a fix. We will also retain restrictions if the bug exists in a third party library that other projects similarly depend on, but haven’t yet fixed."

Effectively the the non-developer translation of the quote above is that these are serious enough to keep the details hidden from the public to avoid bad actors pouncing on them with exploits. We can tell you a good portion of the bugs that have been published lately have to do with memory manipulation and memory overflow errors, a pretty popular way for malware developers to inject code into memory and allow for arbitrary execution, which is bad. It basically means someone could inject virus code into memory upon the exploitation of these bugs. It's too early to get into the weeds of these 30 bug fixes, though.

If you're among the billions running Chrome, we recommend updating immediately. If you're not sure how to update Chrome manually, just follow along here... 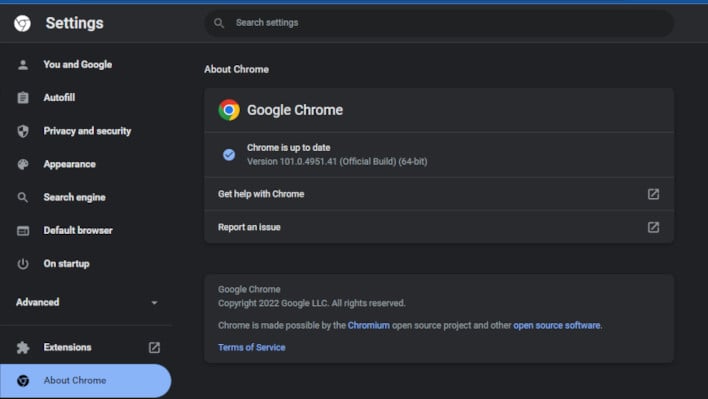 About Chrome Panel in Google Chrome for Desktop

Once Chrome is open click on the three-dot menu at the top right of the browser, usually next to your profile picture or initial if you're logged into the browser. Then click on Settings, and in the left panel, click on About Chrome.
Doing so will automatically trigger the Check for Updates feature on the Chrome browser, and automatically download the update. Once downloaded it should present you with a Restart Chrome button, click it, and you're done. Pretty straightforward. You can also re-download the Chrome installer and perform a fresh install, as it always downloads the latest stable release of the software.
Update 5/2/22: A previous version of this article incorrectly assumed Chrome had been hacked. That is not the case and the article has been updated to reflect this. We regret the error.