Google has only just released the impressive Pixel 7 and Pixel 7 Pro, but there are already rumors of what awaits us for Google's next smartphone release. According to a new report, Google is testing a device with the same dimensions as the Pixel 7 Pro, but this one has an improved ultrasonic fingerprint sensor.

The leak includes display parameters for the unannounced phone. It measures 151mm tall by 71mm wide, with a resolution of 3120 x 1440 pixels. Both of those measurements march exactly with Pixel 7 Pro. Likewise, the location of the selfie camera cutout is the same as Google's current flagship Android phone. The body of the phone around this screen could be different, but this is a strong indication that Google will stick with the same approximate device dimensions.

Perhaps most interestingly, the leaked information includes mention that the fingerprint scanner under the display comes from Qualcomm. The current fingerprint scanner is manufactured by Goodix, the same as the sensors used in the Pixel 6 family. These are optical scanners, which illuminate a small portion of the screen, allowing the sensor to "see" your fingerprint. The switch to Qualcomm would mean the move to an ultrasonic sensor, which Samsung has used in its flagship phones going back several generations. 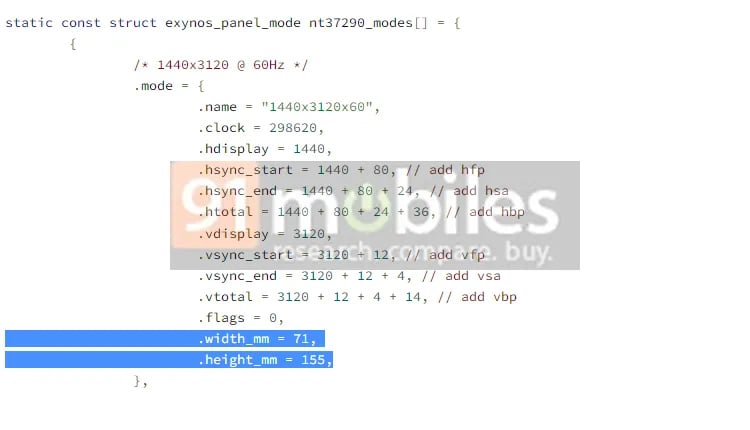 The hardware swap would come with some notable upgrades over the current Pixel sensors. Ultrasonic fingerprint sensors don't need to ramp up screen brightness, making them less annoying to use in dark rooms. They are also generally faster and more accurate than the less expensive optical sensors we've seen in most other smartphones.

The information, published by 91mobiles, refers to the device only as "G10." That may stand for "gepard," according to the source. That's German for "cheetah," which is the Pixel 7 Pro's code name. This further reinforces the idea the device will be very similar to the Pixel 7 Pro, but we are still a long way from Google confirming anything. If it holds to recent patterns, Google could preview its next phones in the late spring or summer of 2023.