Pixel 6 Could Be Powered By Custom Google Silicon Arm CPU, Not Snapdragon

From the beginning of the Pixel program, Google's phones have always run on Qualcomm Snapdragon mobile platform silicon. In fact, you'd have to go all the way back to 2011's Galaxy Nexus, which ran on a Texas Instruments OMAP 4460 to find a Google phone that didn't have some form of Snapdragon inside. While most Pixel phones used Qualcomm's powerful top-end chips over the years, the Pixel 5 (our full review) dropped down to the Snapdragon 735G for 5G connectivity and midrange performance. If rumors are true, however, this fall could mark the start of something entirely new for the company: custom Arm-based systems on a chip (SoC) powerful Google's next Pixel flagship.

A year ago, rumors began swirling that Google was working on its own custom silicon, codenamed Whitechapel, for its phones. This design was being created in a partnership with Samsung, and built on a 5-nanometer process. Samsung's own Exynos SoCs haven't been utilized outside the international version of its own phones, although the company did manufacture some of Apple's iPhone processors before Cupertino began looking to TSMC exclusively.

During its Q3 earnings call this past October, CEO Sundar Pichai teased Whitechapel again, when he said that Google was making some "deeper investments" in hardware, and that we'd see the first fruits of its roadmap in 2021. That could certainly point to the Pixel 6 shipping with Google silicon. 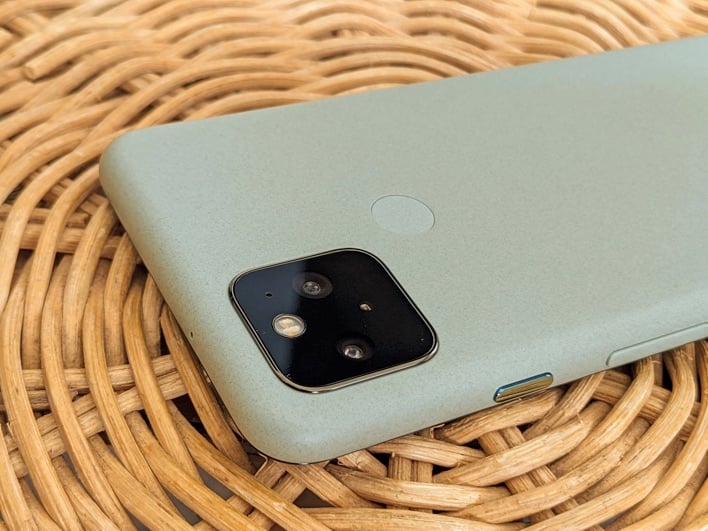 Now, 9to5Google reports that it has confirmed that Google's next phone will indeed run the "GS101" Whitechapel platform. According to a document made available, Whitechapel is linked to a Google hardware platform codenamed "Slider" something that has been referenced in the Google camera app recently as well. "Raven" and "Oriole" are apparently the codenames for the two phones destined to be produced on the Slider platform. As was the case previously, Samsung's name is attached to the processor. Unsurprisingly, Google declined to comment on the story.

A higher-performance SoC would be welcome news, as the Pixel 5 had a very nice design and user experience, but absolute performance wasn't that great, thanks to its midrange Qualcomm Snapdragon SoC. That is especially true at its $700 launch price, which was almost immediately trumped by Samsung's Galaxy S20 Fan Edition and its Snapdragon 865 processor, which was discounted to $550 before it even launched.

That said, Google's class-leading camera experience and three years of day-one Android updates for all of its phones is a very attractive proposition. We'll just have to see what comes of the Pixel 6 when it launches this fall.