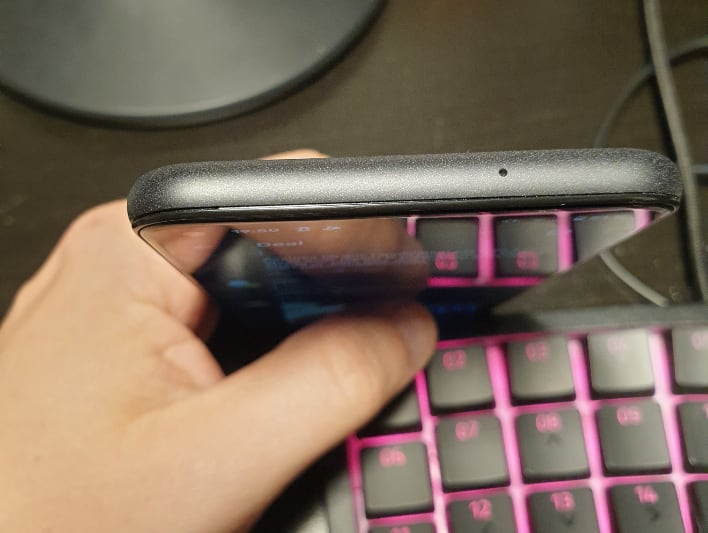 The Google Pixel (and preceding Nexus) family of smartphones have been plagued with various quality control issues over the years, and it appears that the latest flagship -- the Pixel 5 -- has been unable to escape this curse. Customers are just now receiving the device and have noticed some unsightly gaps between the body and the display.

Users from around the globe have been reporting their findings both on the official Google Pixel Phone Help forum, and via other places like the XDA-Developers forums. One thing that is clear from the pictures is that this isn't an instance where there is a tolerance lapse in just one area that is mirrored on all devices. Instead, there are gaps of varying degrees all along the body/display. Some are seeing gaps just near the corners of the display where it meets the body, while others are seeing gaps along the long side of the display near the volume rocker -- and everything in-between.

The first thing that probably comes to mind if this is just a cosmetic defect, or if it will somehow affect the Pixel 5's IP68 dust/water resistance rating. After all, a gap between the display and the body could have disastrous results if your Pixel 5 were to take an accidental dunk in the pool or if someone spilled a drink on it.

Interestingly enough, some users have already received advanced replacements from Google in hopes of solving the problem, only to find that their replacement have similar gaps.

With that being said, perhaps prospective Pixel 5 owners should wait a little while to see how Google responds to this latest issue, which joins such other QC lapses like swelling batteries on the Pixel 3/Pixel 3 XL and separating rear glass panels on the Pixel 4 XL. You can read our review of the Pixel 5 right here.