In an announcement seemingly out of left field, Google recently disclosed that it is working to bring the Steam client to its popular Chrome OS platform. This of course would give the millions of Chromebooks access to another popular library of games, as well as possibly game-streaming.

This news was revealed in an interview that Android Police conducted with Chrome OS Product Development Director Kan Liu last week at CES. The development will be made possible by the fact that Chrome OS is built using Linux as a foundation, and the Steam of course supports Linux. Running the Steam client in a Linux environment is currently possible with Chromebooks, but it is not an "official" solution and game performance/compatibility is often horrendous to say the least.

Although Liu didn't confirm whether Valve is lending a hand in brining Steam to Chrome OS, there are some inherent advantages for the company. "Valve's motive here is largely in being the first major gaming storefront on a platform that, to date, has had no compatibility with mainstream PC or console releases," writes Android Police. "Valve also seems like a good fit, as the company has no particular loyalty to any one platform, and is increasingly facing competition from players like Epic and Microsoft on its most popular OS, Windows." 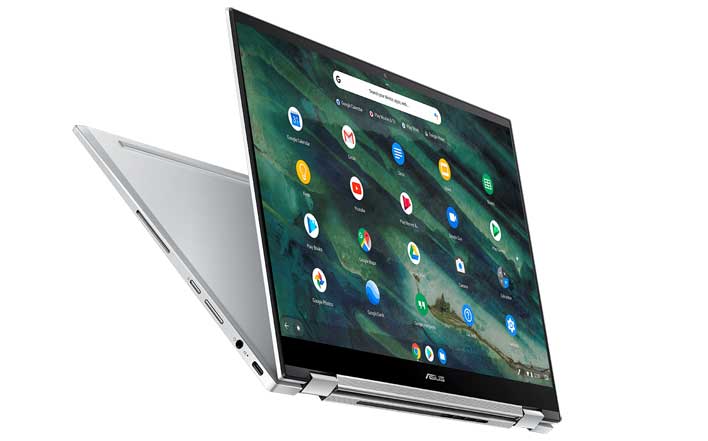 There are a couple of problems with this new endeavor, however. Most Chromebooks are low-end devices with meager processors (hello, Intel Celeron/Pentium), slow integrated graphics, and [relatively] small amounts of internal storage. That would greatly limit the number of games that could be installed or played without serious performance problems. Add to that the fact that there aren't exactly an overwhelming number of games available on Steam with Linux compatibility. However, having the ability to run Steam should also give you the ability for streaming from your big PC as well.

However, Liu did confirm that a number of new Chromebook models will be arriving on the scene with AMD Ryzen power (likely with integrated Radeon Vega graphics and even potentially discrete Radeon graphics).

Even if support will be limited on Chrome OS, it's nice to see that Google is working on expanding game options available on Chromebooks. Users already have access to Android games via the Play Store, and Stadia game streaming is also a viable option.