Google recently lost a legal battle with Sonos, and now its smart speakers are going to be a bit less 'smart' as a result. Why so? A US trade court has handed down a ruling that Google is guilty of infringing on multiple Sonos-owned patents. Oops!

Google has been seeing its share of legal battles as of late. A recent class action lawsuit filed against the tech giant alleges that Google has been colluding with Apple to keep other search engines out of Apple's closed eco-system. The lawsuit claims that Google and Apple have broken antitrust laws in the United States that include top execs holding regular secret meetings, that Apple would give preferential treatment to Google for all Apple devices, along with other infractions. With that particular lawsuit being fresh and ongoing, Google is also having to change how its smart speakers work due to losing a legal battle with Sonos.

In a ruling last week, the US International Trade Commission determined that Google had indeed infringed on patents held by its competitor. Specifically, the ruling found Google ran afoul of five Sonos patents relating to its smart speakers. When the ruling was first handed down, some speculated that it could cause Google to stop importing products that utilized the technology included in the patents it infringed upon. This is because the ruling determined that the appropriate remedy included a limited exclusion order prohibiting the importation of certain audio players, controllers, and components. However, it seems Google has chosen a different route to come into compliance with the ruling.

The changes Google has decided to make in order to not be breaching any patents involves disabling one of the key features that many have enjoyed being able to use. The Speaker Group feature involves being able to adjust the volume level of a group of smart speakers at the same time by using voice commands via the Google Home app. Google has listed some workarounds on its blog page that have already incited some ire from its consumers. 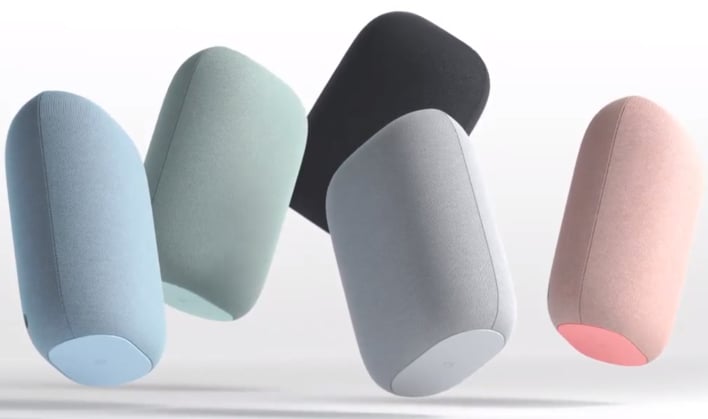 One user complained on the blog post, "Completely negates why I bought into Google speakers for the house. I believe a rebate is in order, your devices no longer work as advertised and as sold. I shall have to look elsewhere." Another user stated, "So you got sued by Sonos and we pay the price? Either get some better lawyers and win the suit or pay Sonos a royalty or start issuing refunds to customers."

Sonos warned in writing that Google would have to "degrade or eliminate product features in a way that circumvents the importation ban that the ITC has imposed." In looking at the responses customers have been sharing on the blog page listing the workarounds, it would seem that it is most certainly a downgrade in the eyes of many. It is uncertain if Google will respond to the current backlash it is getting, or if the company will take any monetary responsibility with its disgruntled customers as in a type of refund for disabling features users paid for.

Some other brands of smart speakers will be impacted as well. Those include JBL and Lenovo Google-Cast-based devices. Those devices and Googles smart speakers will need to be on at least the 1.52.272222 Cast firmware version. If you have any of these devices you may need to update them. You can find out how to do that here. You can find the workarounds listed by Google on its blog page.

It does not appear that Google will have to cease importing any of its smart speakers, due to the fact that its software-based workarounds have been approved by the same International Trade Commission that ruled against it. It is also unlikely any customers will see any type of monetary restitution for having lost one of the features promised when they bought the device(s). But perhaps Google will surprise us all and try and make right by its customers in some way in the near future (not holding our breath).