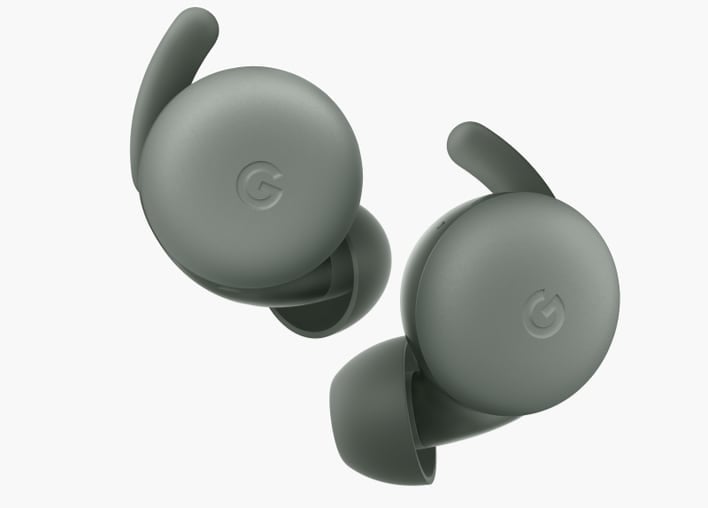 But to get to that lower price point, some sacrifices had to be made. The wireless charging case is gone for starters, so you can only recharge using a USB-C connection. In addition, you no longer will able to use swipe gestures to adjust the volume (tap controls are still supported for pausing and skipping tracks). Other changes are primarily superficial, as the charging case is now a matte plastic finish instead of glossy, and there are only two color choices: Clearly White and Dark Olive.

We think these reductions are a fair compromise to reach the $99 price point, and most people probably won't complain. The same goes for battery life, which Google says lasts a respectable 5 hours when listening to music, or 2.5 hours of talk time. In addition, the wired charging case can extend your runtimes up to 24 hours. Likewise, a 15-minute charge is good enough to relish 3 hours of music listening time.

The Pixel Buds A-Series is currently available to preorder in the United States and show delivery between June 19th and June 22nd with free shipping.