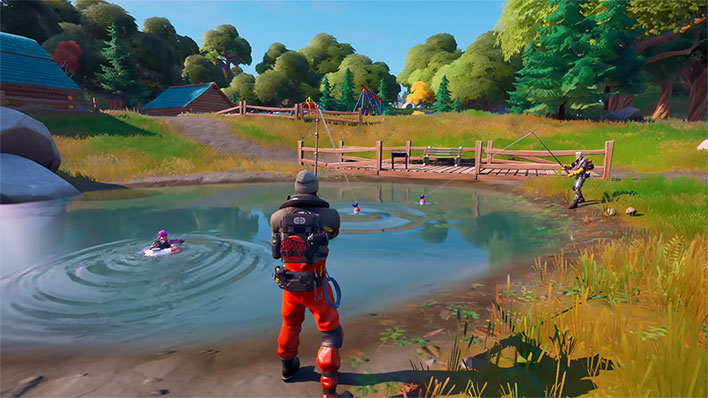 Epic Games had hoped Google would reconsider taking less than a 30 percent cut from in-game app purchases if it were to make its highly popular Fortnite game available in the Play Store, but Google took a pin to the developer's balloon and said in no uncertain terms it is not going to happen—the rate would be 30 percent, just as it is for every other developer.
There are exceptions to that rate, but mainly for subscription services. Netflix and Hulu, for example, are both subjected to a 15 percent royalty. Those and other similar apps primarily deal with subscriptions, though, which is why they qualify for the reduced rate. Fortnite, on the other hand, rakes in piles of cash through in-game cosmetics, in addition to its battle pass subscriptions.
"Android enables multiple app stores and choices for developers to distribute apps. Google Play has a business model and billing policy that allow us to invest in our platform and tools to help developers build successful businesses while keeping users safe,"  Google told The Verge. "We welcome any developer that recognizes the value of Google Play and expect them to participate under the same terms as other developers."
It was recently reported that Epic Games would seek an exemption to Google's hefty royalty rate, which is something the developer has long contended is too high. According to Epic Games, however, it was not seeking a one-off exemption for itself and Fortnite, but a "general change to smartphone industry practices" as it applies to the 30 percent rate both Apple and Google charge for their respective app stores.
"We have asked that Google not enforce its publicly stated expectation that products distributed through Google Play use Google’s payment service for in-app purchase. We believe this form of tying of a mandatory payment service with a 30 percent fee is illegal in the case of a distribution platform with over 50 percent market share," Epic Games said.
The developer further contends that the Play Store's distribution agreement only asks that developers use Google payments, but does not require it. In addition, Epic Games says Visa and Mastercard both process payments for a 3 percent on average, as evidence that the 30 percent royalty Google and Apple charge is way out of whack.
Google sees things differently, naturally. From Google's vantage point, there is value in what if offers, such as promoting apps, hosting, providing security, technical testing, and analytics tools.