Back in late June we got a glimpse at what we can expect with the upcoming Pixel 5 family thanks to a few leaked third-party case renders. What was really interesting about the leak is that it appeared to show that Google was moving back to a rear-mounted optical fingerprint sensor instead of the Face Unlock tech that it pioneered with the Pixel 4 family.

That biometrics switch-up is seemingly confirmed by the appearance of a new crop of renders of the Pixel 5 from Pigtou. The renders show that the optical fingerprint sensor in centered in the upper half of the back panel. This placement is familiar to those who routinely use a Pixel 3a or Pixel 3 smartphone, and is a break from in-display fingerprint readers found in most Android smartphones these days. 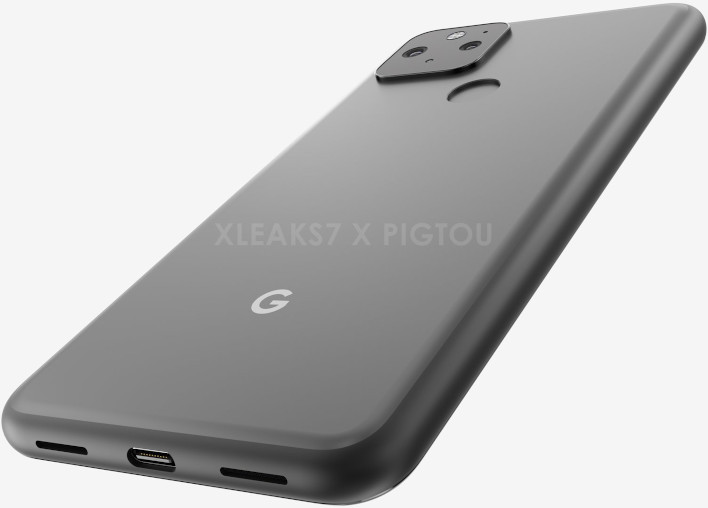 Whether this is a step back from Face Unlock or in-display fingerprint readers is a matter of opinion/preference, but optical sensors typically work just fine and many people prefer this location since their finger naturally rests on the reader when holding the device.

The Pixel 5 is reportedly roughly the same size as the iPhone XS and iPhone 11 Pro, coming in at 144.6mm long, 70.4mm wide and 8mm thick (9.5mm thick including the camera bump). And speaking of the camera bump, it houses dual camera lenses along with an LED flash. Moving around to the front, we see why Google moved back to a fingerprint sensor; the display takes up most of the frontal area of the smartphone and is only marred by minimal bezels and a cutout for the selfie camera. 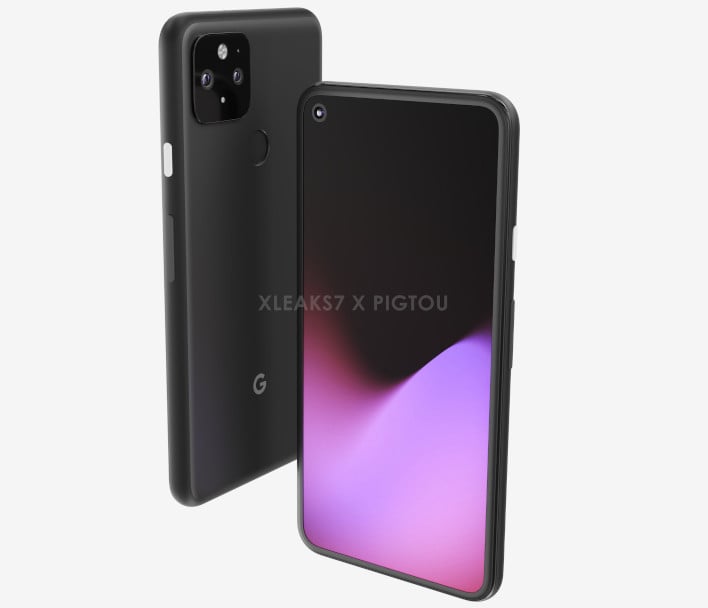 The latest rumors suggest that the Pixel 5 won't be a "true" flagship from a performance standpoint, as it will not launch with a Qualcomm Snapdragon 865 SoC onboard. Instead, the word on the street is that Google is going to opt for the "premium" Snapdragon 765G, which sits near the top of Qualcomm's mid-range SoC offerings. This should provide strong performance with integrated 5G functionality along with respectable battery life.

By opting for the Snapdragon 765G, Google would also avoid the price creep that has afflicted most Snapdragon 865 flagships, which now routinely cost $999 and up.