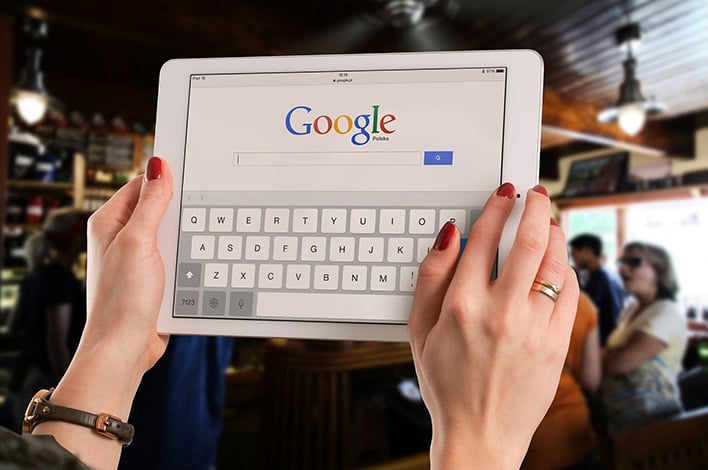 When you are arrested for an alleged crime, police are supposed to issue a Miranda warning (often referred to as Miranda rights), letting suspects know they have the right to remain silent and anything they say can be used against them in a court of law. Well, guess what? Your search history can damning as well, and Google finds itself in another privacy controversy after assisting law enforcement with the identifies of people who searched for a specific keyword phrase.
Let's back up a moment. Two months ago, police issued warrants for and ultimately arrested three associates of singer and accused sex offender R. Kelly, for "crimes relating to their efforts to harass, intimidate, threaten, or corruptly influence individuals named as alleged victims" in a racketeering case against Kelly. One of them was Michael Williams.
In a press release issued in August, the Department of Justice accused Williams of "maliciously damaging and destroying a vehicle by means of fire and an explosive." Arson, in other words. He stands accused of setting fire to an SUV that was parked outside the home of a government witness in the federal racketeering case against R. Kelly.
This is where things get (even more) interesting. Robert Snell from Detroit News brought attention to court documents (PDF) that outline how police came to suspect Williams of the alleged crime, with a big assist from Google. How did it go down?
Authorities sent a search warrant to Google for "users who had searched the address of the residence close in time to the arson." In turn, Google handed over IP addresses of people who performed web searches for the victim's address. Police also analyzed phone numbers that used cell towers near the spot of the arson.
On the surface, it sounds like good detective work. But where the controversy comes into play is Google's willingness to hand a chunk of data related to anyone and everyone who searched for a particular phrase, raising privacy concerns.

"This 'keyword warrant' evades the Fourth Amendment checks on police surveillance," Albert Fox Cahn, the executive director of the Surveillance Technology Oversight Project, told CNET. "When a court authorizes a data dump of every person who searched for a specific term or address, it's likely unconstitutional."
What this boils down to is a sort of reverse search warrant, similar to geofence warrants, which occur when authorities are allowed to scour a database to see what devices were active within a specific area at a specific time frame.
Google issued a comment on the matter, essentially downplaying the concern.

"We require a warrant and push to narrow the scope of these particular demands when overly broad, including by objecting in court when appropriate," Google's director of law enforcement and information security, Richard Salgado, said in a statement. "These data demands represent less than 1 percent of total warrants and a small fraction of the overall legal demands for user data that we currently receive."
The attorney representing Williams intends to challenge the keyword search warrant, claiming it violates his client's constitutional rights.