Go big or go home! That seems to be General Motors’ mantra when it comes to delivering its next-generation Hummer family of vehicles. The company’s last go-around with the Hummer brand started off with a bang when the H2 launched in the early 2000s, but fizzled out as gas prices rose and the economy tanked. The brand was eventually mothballed in 2010.

However, GM announced back in January that Hummer – this time as electric-only -- would be revived under its GMC brand, and posted a teaser shot showing the front-end of the vehicle. Now, GM is following that up with profile shots of both an SUV and a pickup version of the Hummer. Both vehicles have the same “blocky” stature that you’d expect from the Hummer brand, while the pickup version has a profile somewhat reminiscent of the extinct Chevrolet Avalanche.

GM is claiming that the new that Hummers will generate a total of 1,000 horsepower from their electric motors along with 11,500 lb-ft of torque. If that isn’t enough, it’s also claimed that the massive beasts will haul ass from 0 to 60 mph in just 3 seconds flat. That’s quite astonishing given that these are full-size vehicles, and environmentalists won’t be able to criticize them [too heavily] considering that that they’re not powered by gas-guzzling, large-displacement V8 engines. 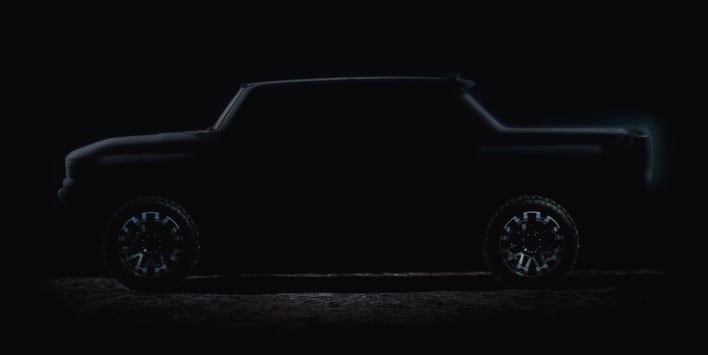 A teaser video posted to YouTube shows some behind-the-scenes shots of the Hummers, including a shot of the vehicle with its front trunk or “frunk” open. It reveals a massive amount of cargo space, which is made possible by a switch to more compact electric motors versus an internal combustion engine and the accessories/supporting hardware that is necessary. 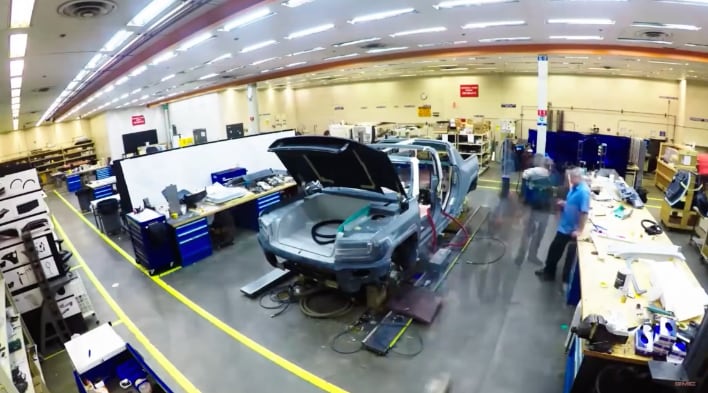 Both Hummer models are being billed as “Quiet Revolutionaries” and will be going toe-to-toe against Tesla’s upcoming Cybertruck. The Cybertruck is available with up to 3 electric motors, can travel up to 500 miles per charge, and is said to accelerate from a standstill to 60 mph in just 2.9 seconds. Although we don’t know the starting price of the Hummers, the Cybertruck will start at $69,990.

The next-generation Hummers will be unveiled this fall, while deliveries will commence in late 2021.