The NVIDIA GeForce RTX 3080 Ti and GeForce RTX 3070 Ti are perhaps two of the worst kept secrets in the gaming hardware realm. The two Ampere SKUs have been rumored for months, and recently, we've been able to pin down exact announcement and launch windows for both cards.

Now, it looks as though Razer's Chinese arm has jumped the gun by making the GeForce RTX 3080 Ti and RTX 3070 Ti available in its preconfigured desktop systems. Systems are currently available for preorder on Razer's official store on the Tmall e-commerce platform. The listings were first discovered by @harukaze5719 on Twitter.

There are multiple configurations available, including an AMD Ryzen 9 5900X system with 16GB of DDR4-3200 memory, an ROG Strix B550-A motherboard, an 850W 80PLUS PSU, and one of NVIDIA's newfangled GeForce RTX 3080 Ti graphics cards (in this case, with 12GB of GDDR6X memory). 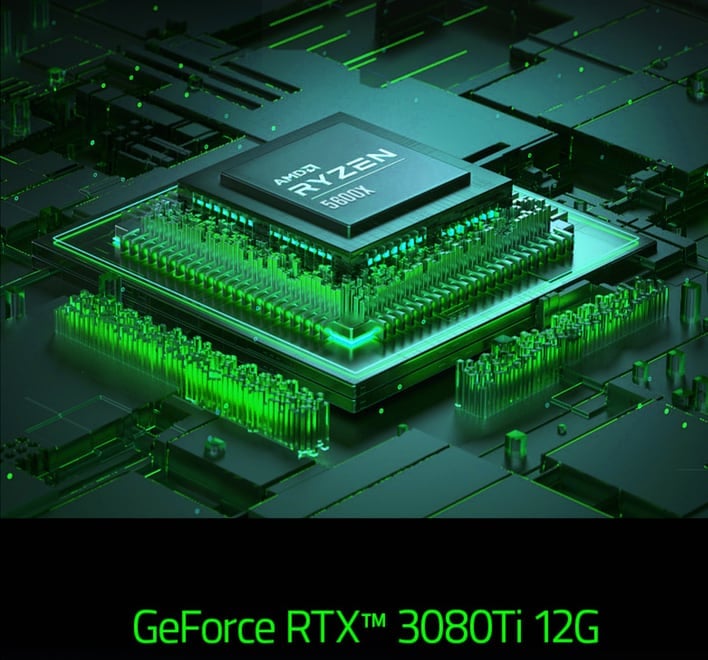 It's rumored that the GeForce RTX 3080 Ti and RTX 3070 Ti will be officially announced on May 31st during an NVIDIA Computex 2021 keynote address. The cards will then go on sale on June 3rd and June 10th, respectively.