Listen carefully, do you hear that? It's the growing whispers of "Ti" additions to NVIDIA's GeForce RTX 30 series, some of which have already been listed in Razer desktop PC preorders. Those whispers have become a rumble, in other words, and as a launch date presumably nears, one of the upcoming GPUs seems to have made an appearance at Geekbench.
I say "seems to" only because you never know when it comes to leaks and rumors, especially with NVIDIA—Jensen Huang is prone to last-minute surprises. Nevertheless, there have been leaks pointing to new GeForce RTX 3080 Ti and GeForce RTX 3070 Ti models being on the horizon, and there is a recent Geekbench entry that points to the former. 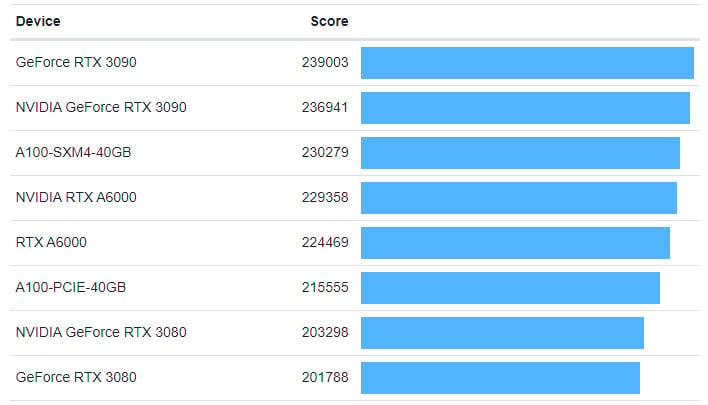