Is A GeForce RTX 2060 Refresh In NVIDIA's Product Pipeline Ahead Of Ampere? 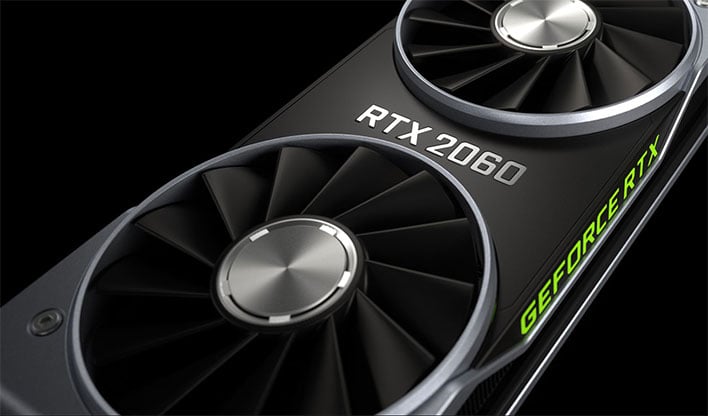 The EEC listing shows three interesting models from ASUS that were recently uploaded. They including the following SKUs...
There are a few possibilities. One is that NVIDIA is getting ready to refresh its GeForce RTX 2060 with more memory, and ASUS is first to tip its hand. The second possibility is that ASUS if flying solo here, though that seems less likely. And lastly, these could be typos on the part of whoever provided the data to the EEC (or by the person who punched in the data)—perhaps they are each missing an "S" after the "RTX2060" label, to designate a GeForce RTX 2060 Super variant.
Interestingly enough, Bethesda initial outlined the need for a GeForce RTX 2060 with 8GB of video memory as one of the recommended GPUs for playing Doom Eternal at 1440p. This has since been corrected to indicate 6GB, but did Bethesda also tip NVIDIA's hand, or was that a simple typo as well?
Our hunch is that no such card is forthcoming, especially now that NVIDIA is presumably about to launch its next-generation Ampere GPU. But hey, anything is possible, right?