In September, Apple revealed new App Store guidelines for game streaming apps. However, these rules were not conducive to streaming as they required games to be downloaded first from the App Store. This sort of requirement is not workable, so companies such as Microsoft with Project xCloud and NVIDIA with GeForce NOW sought workarounds. It seems NVIDIA was the first to the pass, as it is now offering GeForce NOW in the iOS browser, Safari.

According to NVIDIA, “GeForce NOW transforms underpowered or incompatible hardware into high-performance GeForce gaming rigs.” Previously, only Android devices had the game streaming capability due to Apple’s draconian rules. That changes starting today, as “more than 5 million GeForce NOW members can now access the latest experience by launching Safari from iPhone or iPad and visiting play.geforcenow.com.” 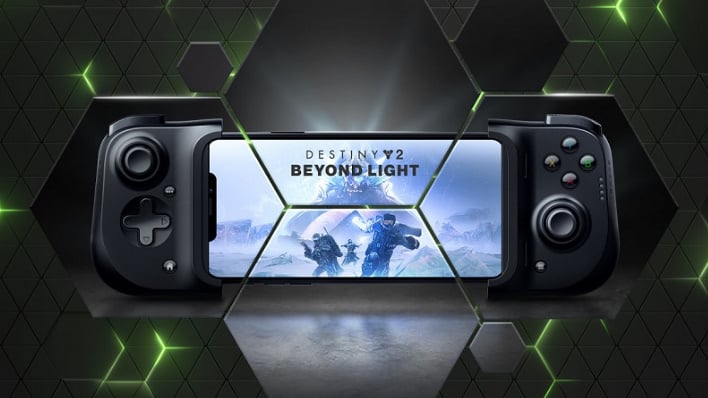 If you want to jump into your games with GeForce NOW, it will cost just $4.99 a month to access the platform. You will also need a gamepad, as “keyboard and mouse-only games aren’t available due to hardware limitations.”

Another side effect of NVIDIA bringing GeForce NOW to iOS is that Fortnite can now come back to Apple devices in a roundabout way. We reported on rumors suggesting this in early November, and it seems they have now come true. The real question will be how Apple will respond to this new Fortnite and game-streaming workaround? Given the open nature of the Safari browser, there's really not much that Apple could do at this point to thwart NVIDIA's service, but stranger things have happened. But in the meantime, let us know if you will be using GeForce NOW on iOS in the comments below.