New research seems to indicate a giant gas bubble is circling the Milky Way's supermassive black hole. Astronomers believe the hot bubble of gas is about the size of the planet Mercury, and makes a full lap around the black hole in just 70 minutes. "This requires a mind-blowing velocity of about 30 percent of the speed of light!" explains Maciek Wielgus of the Max Planck Institute for Radio Astronomy in Bonn, Germany.

Astronomers using the Atacama Large Millimeter/submillimeter Array (ALMA) have located "spotted signs of a hot spot" orbiting Sagittarius A*, or better known as the supermassive black hole at the center of our own Milky Way galaxy. The observations that were utilized in the recent findings were actually captured during a campaign by the Event Horizon Telescope (EHT) Collaboration in order to image black holes in 2017. During that time, the team linked together eight existing radio telescopes worldwide, which also resulted in the first image to ever reveal Sagittarius A* (as seen below). 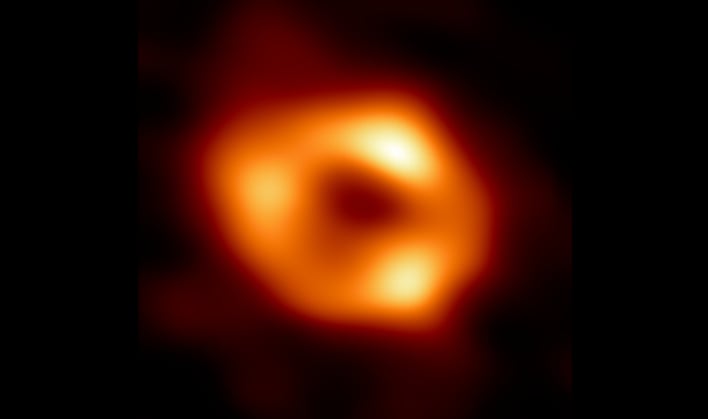 Simply by chance, a few of the observations occurred shortly after a burst, or flare of X-ray energy, was emitted from the center of our galaxy, and were captured by NASA's Chandra X-ray Observatory. The flares captured are thought to be associated with 'hot-spots', or gas bubbles that tend to orbit close to the black hole at very fast speeds.

"What is really new and interesting is that such flares were so far only clearly present in X-ray and infrared observations of Sagittarius A*. Here we see for the first time a very strong indication that orbiting hot spots are also present in radio observation," commented Wielgus. 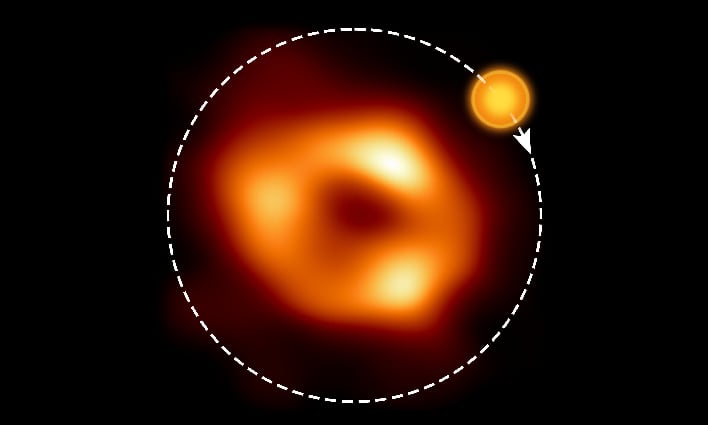 Jesse Vos, a PhD student at Radbound University, the Netherlands, added that these hot spots, which were detected at infrared wavelengths, are a "manifestation of the same physical phenomenon." Vos explained that as infrared-emitting hot spots cooled down, they in turn became more visible at longer wavelengths.

The team is confident that they will be able to take the new data collected showing a strong magnetic origin of the flares and give them a "clue about the geometry of the process." With the new data, they hope to build a theoretical interpretation of these particular events.