Alder Lake is an exciting launch for Intel and one the company is heavily pushing to gamers, with good reason—it's a stout architecture and great for gaming (see our Alder Lake performance review for our full analysis and benchmarks). That said, the hybrid makeup of Intel's 12th Gen Core CPUs tripped up some DRM schemes, leaving several titles broken, like Mortal Kombat 11 and Assassin's Creed: Valhalla, to name just two. Or they were, anyway. Intel says the sticky DRM situation is now fully resolved.
This was an odd issue that was unique to Alder Lake. Certain DRM schemes were getting tripped up by the combination of P-cores (Golden Cove) and E-cores (Gracemont) within the same CPU package, and would incorrectly associate the latter with a whole new system. When this came to light, Intel stated in a support document that it could cause games to crash during launch or while gaming, or otherwise unexpectedly shut down.
The quirk initially affected over 50 games across Windows 11 and Windows 10. Intel began working with developers to release patches so the games wouldn't get confused by Alder Lake's hybrid architecture, but there was concern that some older titles would be forever broken. That did not turn out to be the case, fortunately. 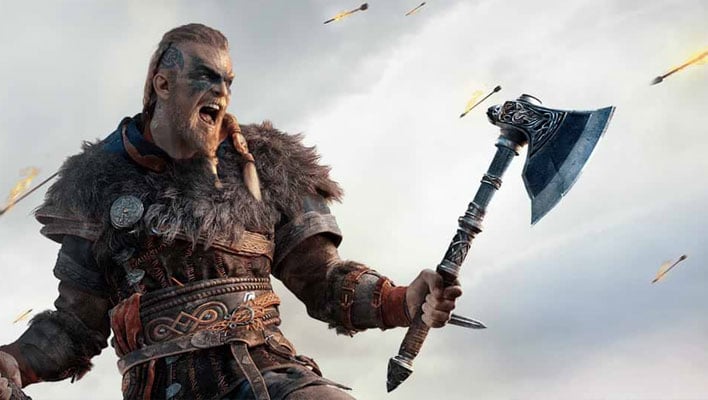 Assassin's Creed: Valhalla and dozens of other games are no longer broken on Alder Lake because of DRM

"Intel has resolved the DRM issue on 12th Gen intel Core Processors that caused games to crash or not load in Windows 11 and/or Windows 10 by working with game publishers and Microsoft. At this time, all games originally identified as having this DRM issue have been fixed through game patches or OS updates," Intel's updated support page reads.
Prior to getting all the games patched, a temporary workaround was available, but it wasn't an ideal one. It involved disabling the E-cores in the BIOS by toggling the Legacy Game Compatibility Mode switch. Users would then reboot their PCs and toggle on the Keyboard Scroll Lock key. Jumping through those hoops is no longer required, you just need to make sure your game is fully updated.
Intel also notes that if you're running into trouble on an older version of Windows (earlier than Windows 10), you should "run the latest version of Windows Update to resolve the issue." Or in other words, upgrade your OS.