Our first real look at Samsung’s coming Galaxy Z Flip has surfaced in the form of a leaked hands-on video posted to Twitter. The video shows the smartphone in someone's hand as it opened and closes. It looks very thick when folded in half and will certainly make for a significant bulge in a pocket.

When folded, the hinge has the same thin gap as the rest of the body. When open, the smartphone appears to be the same thickness as other smartphones on the market today. The device in the video is a shiny pink/purple color, and on the front of it is a small display that shows the time and date.

We also see a colored light to the left of the clock that presumably notifies of messages or missed calls. The camera array sits to the right of the small front screen and appears to have dual sensors packed inside along with an LED flash. The hands-on video can be seen in the embed above. It looks identical to the renderings we saw last month. 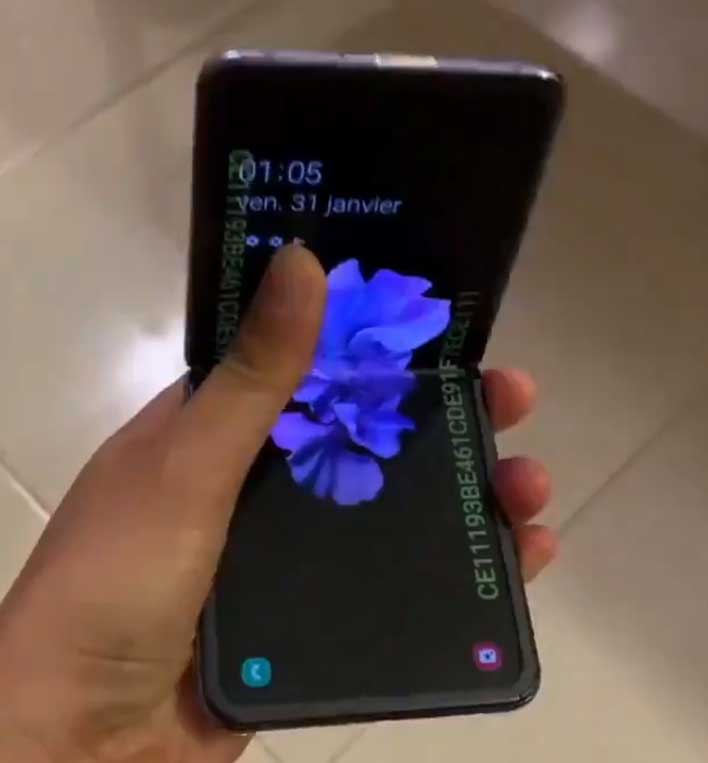 When those renders leaked, some specifications were tipped as well. The screen is 6.7-inches diagonally when unfolded with a resolution of 2636x1080. A nice feature that should make the Galaxy Z Flip more durable than the Galaxy Fold is that the screen is made from ultra-thin glass rather than plastic. The camera array has dual 12MP units, with one packing an ultra-wide sensor.

The smartphone uses a Qualcomm Snapdragon 855+ SoC, and the smartphone doesn't support 5G. The SoC is paired with 8GB of RAM and 256GB of internal storage. There is no memory card slot for storage expansion and no headphone port. The smartphone is expected to sell for $1,400.