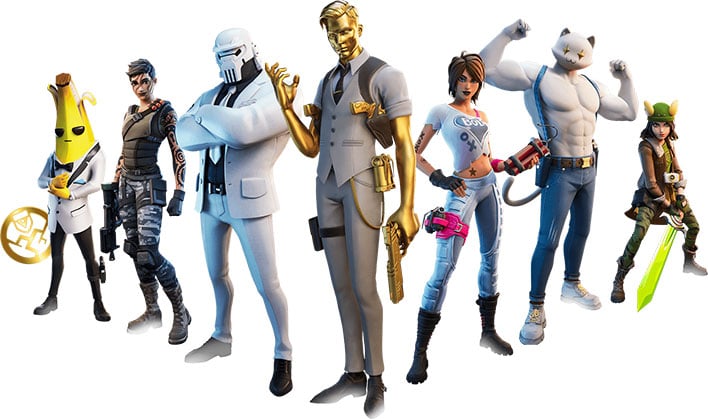 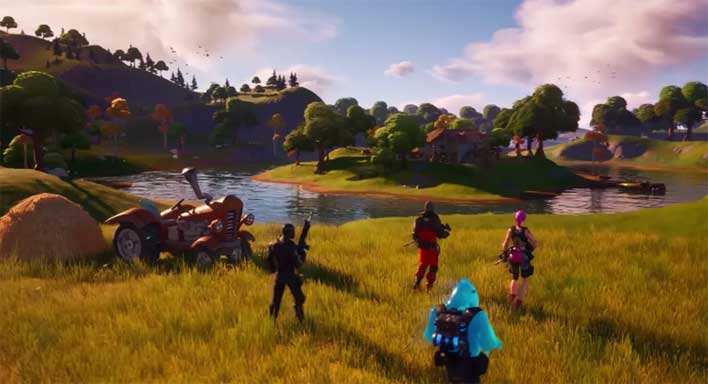 None of the challenges are especially difficult, but they will likely need to be completed over time. Here are the current challenges:
Some of these challenges are a bit more straightforward than others. Players may find it particularly challenging to deal 500/1,500/10,000 damage to players at The Agency. Your best chance is to play Team Rumble or Fortnite Spy Games modes. Team Rumble matches may also help players to collect metal at Hydro 16 or eliminate players or Henchmen at Pleasant Park. Less experienced players should probably play in a Squads match if they are worried that they may not be able to consistently place in the top 10 after landing at Dirty Docks.

It appears that Epic Games is also working on creating a limited-time “Party Royale” mode. Party Royale will likely be a weapons-free mode where players will wander around a new map and complete activities. Epic Games has confirmed that this mode is in the works, but has provided few details. Perhaps this new mode will make an appearance in Chapter 2 Season 3.