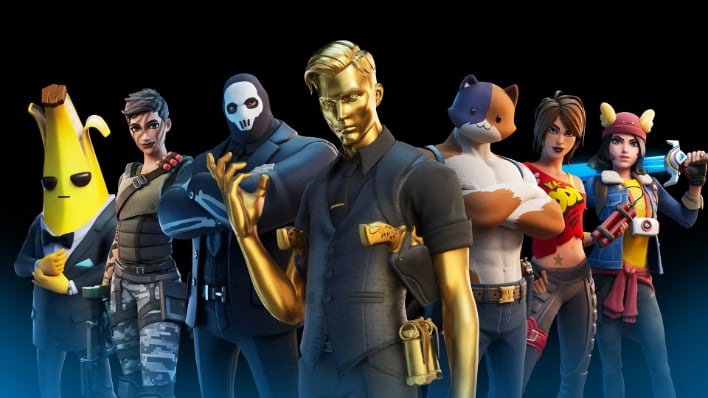 Epic and Google have long aired their dirty laundry in a public feud over how much money the latter takes in profits from games in the Google Play Store. Now, Epic Games has finally caved and is putting Fortnite on the Google Play Store, but it's not at all happy about it. When Fortnite for Android launched, Epic sidestepped the Play Store and made the game downloadable directly from the Epic website, cutting off a sustainable revenue stream for Google.

The game may be landing on the Play Store, but Epic says that it will still be available from Fortnite.com moving forward. Now that Fortnite is available on the Play Store, most users will download it there because of the convenience. Google makes it difficult to download software outside the Play Store, in what it says is an effort to prevent users from downloading malicious software.

An Epic Games spokesperson said in the statement that "Google puts software downloadable outside of Google Play at a disadvantage." The spokesperson says that Google does that through technical and business measures like repetitive security pop-ups for downloaded and updated software, and restrictive manufacturer and carrier agreements. Epic also notes that Google public relations characterizes third-party sources as malware and that there are new efforts, like Google Play Protect, that could outright block software obtained outside the Play Store.

The statement issued by Epic goes on to say, "We hope that Google revise its policies and business dealings in the near future" and that Epic wants Google to make sure that all developers "are free to reach and engage in commerce with customers on Android and in the Play Store through open services." Those open services that Epic is talking about include payment services.

In other Fortnite news, Chapter 2 Season 3 was recently delayed with no reason given, but some think it was due to the coronavirus.