Since its launch, Windows 11 has had a slew of performance issues. Much like Pac-Man eating power pellets, Microsoft’s latest operating system does have a habit of gobbling up extra RAM. Now a former Microsoft engineer has provided his insight on how to stop the buffet.


Michael Niehaus, former Microsoft Engineer, has outlined on his personal blog just how to clear up some of the RAM-eating gremlins in Windows 11. After looking at a fresh installation of Windows 11 you might notice those new extra icons. These include feature sets such as Widgets and a consumer version of Teams labeled as “Chat”. These admittedly useful little tools are also, unfortunately, the RAM-snack on which Windows 11 likes to munch. 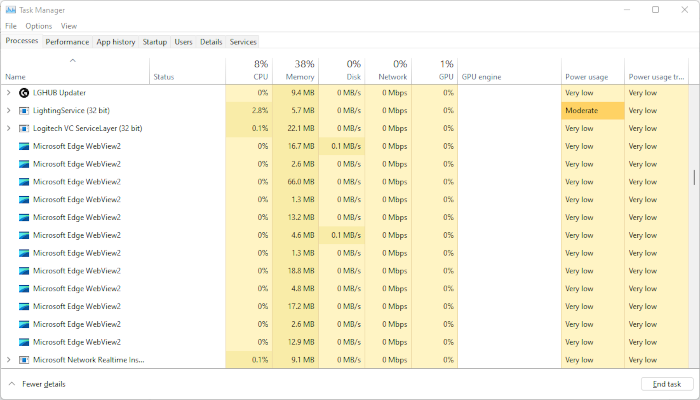 Digging into running processes Michael has found numerous excess ones for “Microsoft Edge WebView 2,” and where did these extra processes come from? Well, it is those new taskbar utilities for Chat and Widgets of course! Through some digging and testing, Michael was also able to discover that just by switching them off and logging off your user account then logging back on seems to clear up most of these excess processes.


What is this WebView2, you might ask? Well, it’s actually a neat concept similar to another project called Electron. The idea behind both of these is to provide a contained interface that actually runs web-based technology, relying primarily on the Chromium application system. To over-simplify, it basically is a Chrome web browser that runs a localized web app inside of its own container. The Electron team has done an in-depth write-up on the differences between the two projects and how they work. 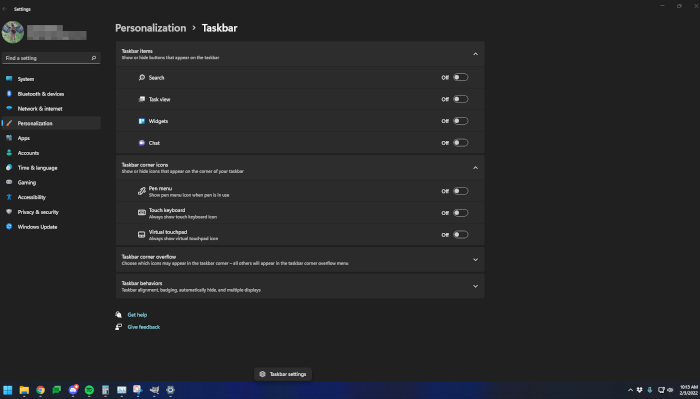 So how do you disable the processes? Pretty simple really. Right-click on your taskbar and go to Taskbar Settings, then flip all the switches (that you want) to Off. Be aware that once this is complete the processes do not stop, you will have to log off your user and log back on. Of course, if you use things like the version of Teams included with some versions of Microsoft Office you will likely still see some of these processes because all versions of the communication software utilize WebView2.

Will this be made more clear or more efficient when Microsoft rolls out a better-performing version of Windows 11 as they promised for 2022? Only time will tell.