As far as we know for sure, Intel's Arc graphics parts based on the Alchemist architecture will come in fundamentally two forms—a smaller die with up to 128 EUs, and a bigger die with up to 512 EUs. Obviously, indivdual SKUs will vary on the number of active functional elements, but aside from one curious oddity in the Linux source pointing to a third chip, we only know of the two.


Well here's an Intel Arc status update: little Alchemist is available, big Alchemist still isn't. Unless you live in China, anyway, where online marketplace JD has a listing for a Machenike Dawn Discovery Edition 2022 gaming laptop that optionally sports an Arc A730M discrete GPU. Other specs on the 16" laptop include a Core i7-12700H CPU, a 2560×1600 display that refreshes at 165Hz, and a 512GB PCIe 4.0 SSD. 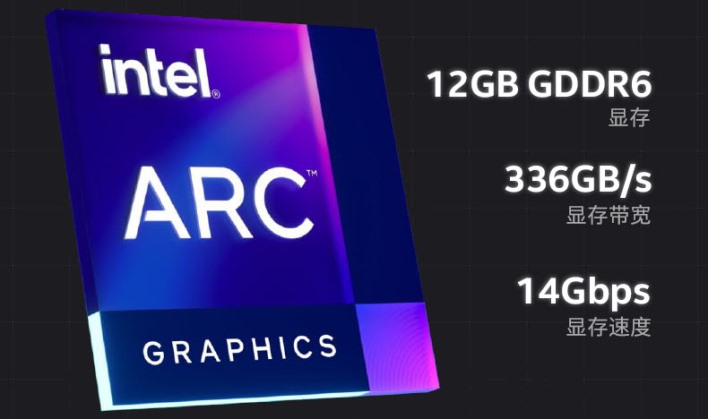 This bit from the laptop's store page highlights the memory specs of the Arc A730M.


The Arc A730M is, as hardware geeks will probably surmise from the name, not a full-fat implementation of the "ACM-G10" chip, otherwise known as DG2-512. Compared to the top-end (as we know it) Arc A770M, it drops a quarter of its shaders (down to 3072 FP32s) along with a quarter of its memory bus. It also steps down to 14 Gbps memory, giving it a final bandwidth of 336 GB/sec. Based on the specifications alone, we expect it to be a credible competitor to the mobile GeForce RTX 3060.


As the oft-repeated axiom goes, "there are no bad products, only bad prices," and while we could debate the veracity of that statement, the fact of the matter is that pricing is going to be a huge factor in the success of Arc in the market. This Machenike laptop is priced at ￥8499, or $1266 USD. That's not too bad for a modern Alder Lake laptop with a fast CPU, high-refresh display, and a pretty decent discrete GPU, although the price would surely be a bit higher if this model came to the US.

We already knew Intel was going to launch its next Arc GPUs in China, so the geographic location of this launch isn't a surprise. It is a little surprising that this laptop is launching with no fanfare from Intel, though. It will be interesting to see if any Chinese outlets snap up this machine and put it through its paces; we'll let you know as soon as we have real-world performance figures on it.