We’re always excited when Ferrari releases a brand-new vehicle, and the 296 GTB is no exception. While Ferrari is not quite ready to make the complete transition to all-electric vehicles, the 296 GTB is the next best thing with a plug-in hybrid powertrain.

Sitting behind the passengers is a mid-mounted 2.992-liter V6 engine with an unorthodox 120-degree layout. There are two turbos nestled in between the “hot-vee,” allowing for lightning-quick throttle response and a monstrous 654 horsepower by itself. However, there’s also an electric motor thrown into the mix that pumps out 165 horsepower. Power is sent to the rear wheels via an 8-speed dual-clutch transmission. Put it all together, and Ferrari says that the hybrid powertrain is good for a combined 819 horsepower and 545 lb-ft of torque. 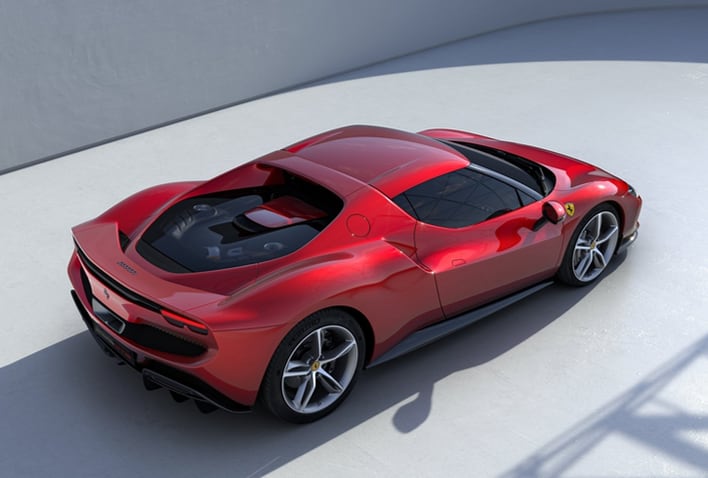 To put that figure into perspective, that’s the same amount of horsepower generated by Ferrari’s naturally-aspirated V12 engine found in the 812 Competizione. Of course, you won’t be dusting off Tesla Model S Plaid EVs with the 296 GTB, but it is still insanely fast, hitting 60 mph in just 2.9 seconds. It will also continue pulling until it hits its top speed of 205 mph. 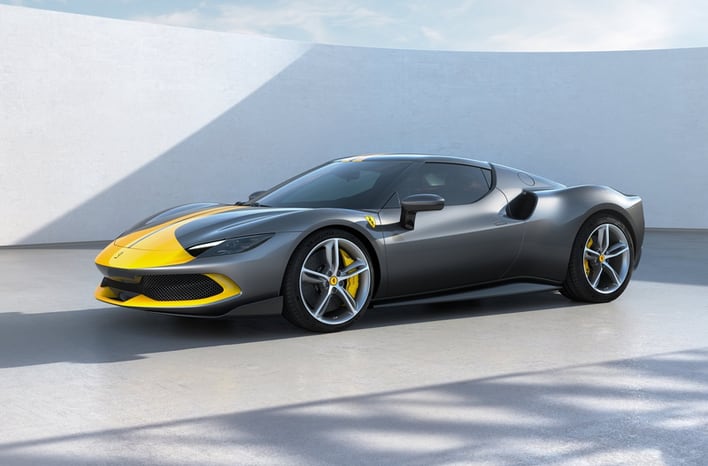 Since this is a hybrid, we must also mention that its floor-mounted 7.45 kWh lithium-ion battery pack allows the 296 GTB to travel up to 15.5 miles per charge before the gasoline engine even starts. This is a perfect way to slink away from your garage without waking the neighbors on your early morning coffee runs. Then once you put sufficient distance between you and the carbon-based lifeforms, you can step on the gas and let the little V6 sing to the top of its Italian-bred lungs. 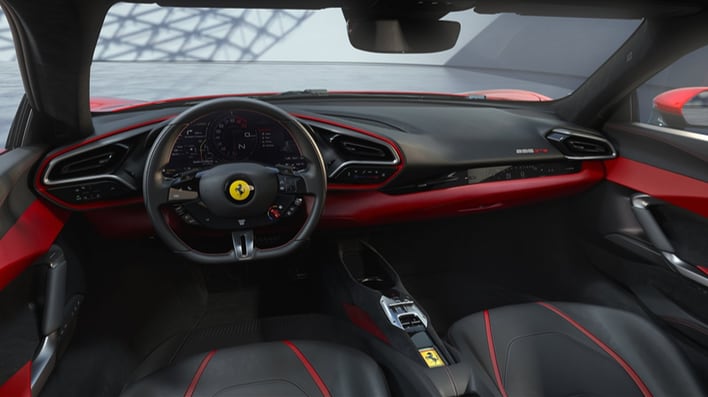 From a styling standpoint, we have nothing but love for the 298 GTB. The mid-engine design has a low and wide front clip and is sufficiently curvy all around. Large air intakes are positioned just behind the doors to feed the engine, while sinuous hips sit atop the rear wheels. The design might not appeal to everyone, but it will definitely turn heads wherever it goes.

The 298 GTB is a clean-slate design that will take the place of the F8 Tributo in Ferrari’s lineup, which itself was an evolution of the 488 GTB and the Ferrari 458 Italia before it. So, you can expect a starting price of around the F8 Tributo’s $276,000 starting price when it arrives early next year.