There's no replacement for displacement is Ferrari's mantra when it comes to the new 812 Competizione. When other manufacturers (including Ferrari with the F8 Tributo) downsize their engines and add twin turbos to boost power and efficiency, the 812 Competizione is doing things the old-fashioned way via natural aspiration.

Ferrari has long produced V12 engines for its road cars, and the mill in the Competizione is the apex predator in the automotive world. The engine produces a staggering 818 horsepower and 529 lb-ft of torque. That's up roughly 30 horsepower from the already bonkers 812 Superfast that was announced back in 2017. What's more impressive is that the V12 engine revs to... hold on to your butts... 9,500 rpm. We haven't heard the engine with our own ears yet, but just seeing 9,500 rpm is enough to send our brains into a tizzy. 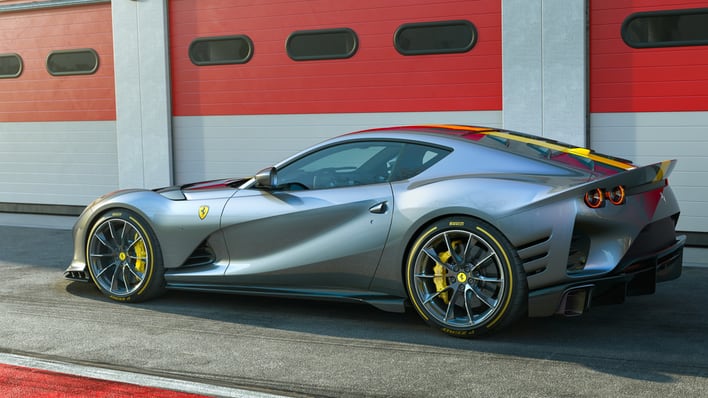 Ferrari achieved this sorcery using new valve timing, a revised intake, redesigned pistons, and connecting rods made from titanium that are 40 percent lighter than in the standard Superfast. If that wasn't enough, the pistons are covered in a diamond-carbon finish to help reduce friction. 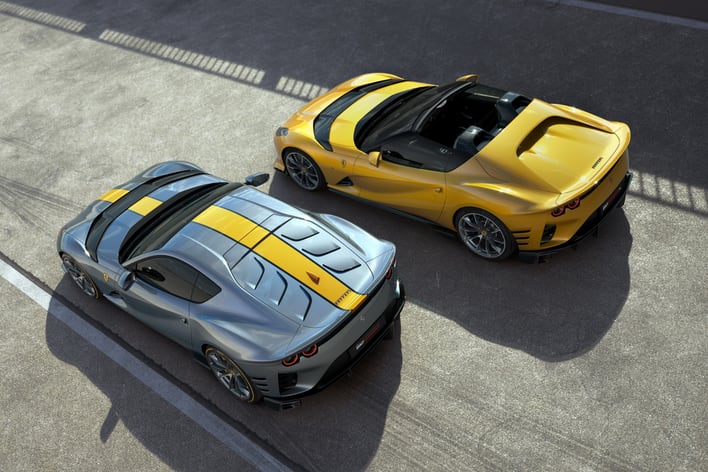 Power from the front-mounted engine travels to the rear wheels via a 7-speed dual-clutch transmission that reduces the already fast shift times by 5 percent compared to the standard 812 Superfast. Put it all together, and the 812 Competizione is capable of rocketing from a standstill to 62 mph in just 2.85 seconds and crests 124 mph in 7.5 seconds. The supercar will keep accelerating until it hits a top speed of 212 mph. The acceleration numbers are something that a Tesla Model S can achieve, but Tesla just doesn't have the chutzpah of this beast with the prancing horse on its hood. 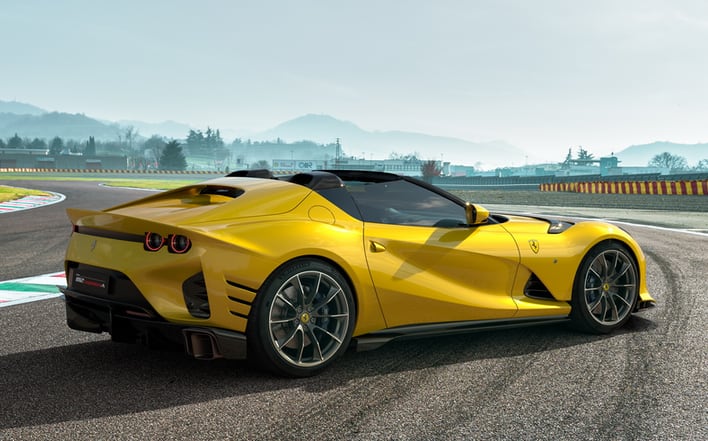 Aero modifications front and rear increase downforce by 40 percent and 35 percent, respectively, to keep the 812 Competizione firmly planted on the track. There's also revised Side Slip Control, four-wheel steering, and vehicle weight that has been trimmed by 83 pounds. 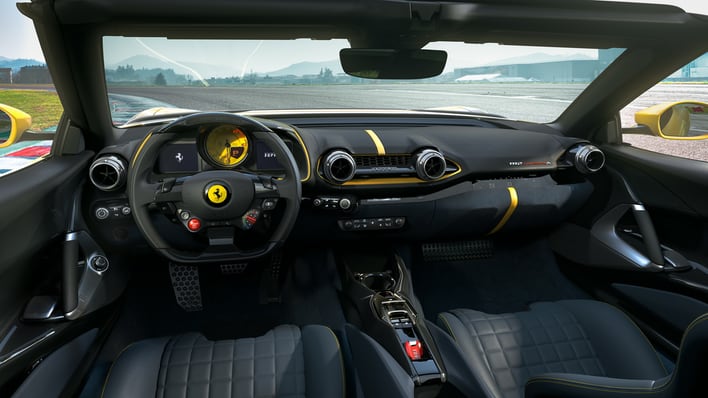 Ferrari offers the 812 Competizione, a standard coupe, while the 812 Competizione A features a targa top. The Italian company says that both models are reserved for "a very exclusive group of collectors and enthusiasts," so in other words, don't even bother asking about pricing or availability.