The next installment in the Far Cry series is just over the horizon, launching on October 7th this year. Starring Breaking Bad and The Mandalorian powerhouse actor Giancarlo Esposito as the main antagonist, Far Cry 6 should be quite the game, especially if recently published videos and images are anything to go by. Yesterday, Ubisoft producer and host Youssef Maguid posted the “Rules For Being A Guerilla,” giving us a glimpse into the upcoming Far Cry 6.


In Far Cry 6, players will take the role of Dani Rojas, a “native Yaran and military dropout desperately trying to flee their home country.” However, Yara’s oppressive dictator, Antón Castillo (played by Esposito), puts a stop to this. As the blog post explains, “Despite Antón’s ruthlessness, Dani’s unique ability to stay alive and fight back leads them right into the heart of the revolutionary group Libertad, led by their charismatic leader Clara Garcia.” 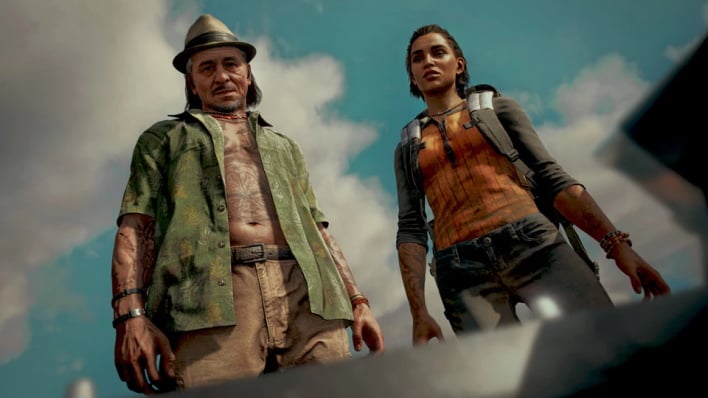 Rule #1: A Good Guerrilla Is A Hidden Guerrilla 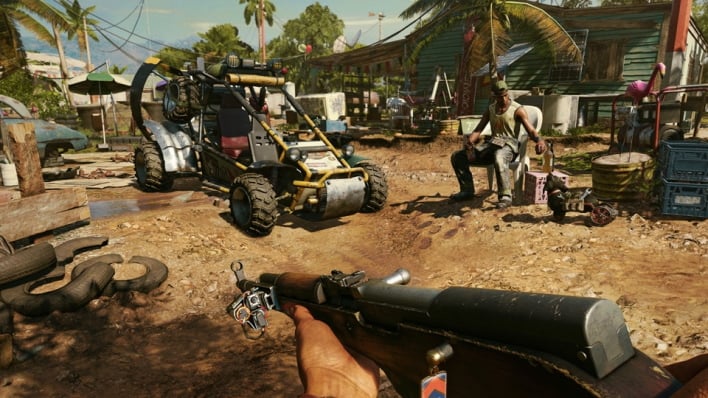 This rule will change the way players interact with the Far Cry world, it seems. From a third-person perspective, players can explore hidden camps around Yara, which contain all the tools to start a revolution. With weapons, training, customizable vehicles, missions, and more, you will find it in a camp if you need it to fight.

Furthermore, stealth is changing in Far Cry, hence this rules name. Rather than simply crouching and staying out of line-of-sight areas, players will be able to “move throughout Yara and operate in plain sight.” Whether you blend in with a crowd, smuggle goods through a checkpoint by lying, or paying corrupt soldiers off with a bribe to make your way through, it should be a tense but good time. 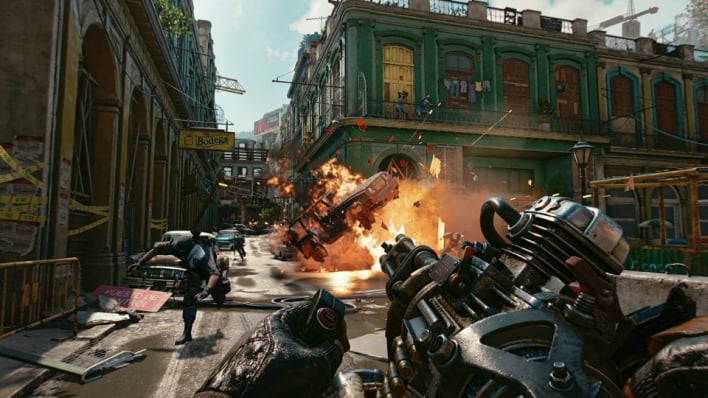 Being sneaky and blending in can only be as good as the environment around you, as walking through a city in a ghillie suit may be a little out of place. While “Far Cry fans are no strangers to dense jungles, picturesque shorelines, and rundown towns,” Far Cry 6 will also be adding a capital city that will challenge players to operate in an urban environment inspired by Cuba. You can look at the trailer below to see all the places a player may go in the game.


Also, gamers on Reddit are thoroughly excited about how players will be able to interact with things. You can ride horses or pet dogs and crocodile-alligator hybrid things alike which is quite cool. 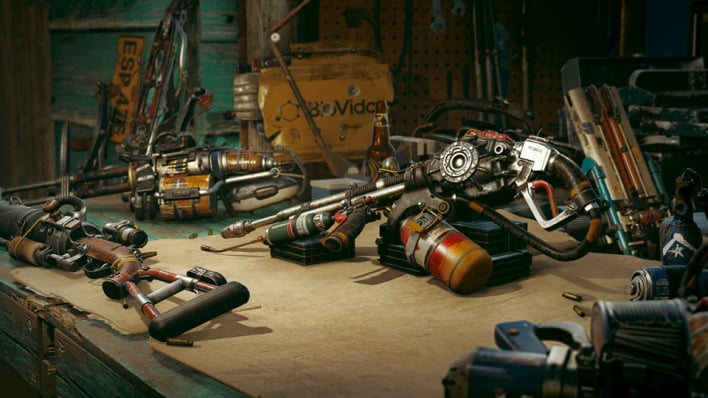 If you are backed into a corner and have nowhere to go, the obvious solution is to fight your way out in Far Cry 6. Using Juan Cortez’s smarts, a player’s arsenal “will feature devastating resolver weapons, including a silent but deadly nail gun, a motorcycle-engine-powered mini-gun, and a CD-player launcher that plays “Macarena” while cutting down enemies.”
Besides loadouts, players can also equip themselves with gear that will “not only alter the way you look, but the way you play.” The example used is if you get “a little too trigger happy” with a flamethrower and catch on fire, a special pair of gloves can automatically put you out. Moreover, “there are also goggles that can help make you a better sniper, leg- and footwear that will help you sneak and be more mobile, and so much more.” Players will also be able to bring companions along as well, “Juan’s pet crocodile Guapo, who devours enemy soldiers and is even deadlier in the water; or Chorizo, an adorable wiener dog perfect for distracting guards when you want to keep things quiet.”

All-in-all, there will be a lot to look forward to in the upcoming Far Cry 6 as the game divulges from past titles in the series. Hopefully, as we get closer to the October 7th launch, we will get to see more of the game, so stay tuned to HotHardware and let us know what you think of the game so far in the comments below.