If you talk to long-time fans of the Fallout series of games, there's one thing that almost all of them will agree on: Fallout 2 was the best. Of the newer games, though, the most well-regarded is certainly 2010's Fallout: New Vegas. Rather than being developed by series custodians Bethesda, New Vegas was created by Obsidian Entertainment, the entity formed from the ashes of Black Isle studios, who were the original creators of Fallout.

For that reason—and perhaps also due to the tepid response to Fallout 76—fans are likely to be ecstatic at the news that Microsoft, who now owns both Bethesda and Obsidian, may be pushing to get a sequel to Fallout: New Vegas. This idea comes from games journalist Jeff Grubb, who said as much in his latest subscribers-only GrubbSnax podcast over at GiantBomb.

Specifically, his comment was that "people have begun to have talks and say these words in sentences, and these words are 'Obsidian' and 'New Vegas 2'." Grubb went on to note that "a lot of people at Microsoft think that this could work and there's a lot of interest to make it happen." Later, he acknowledged that, given the early state of such chatter, the game would be "years and years away." 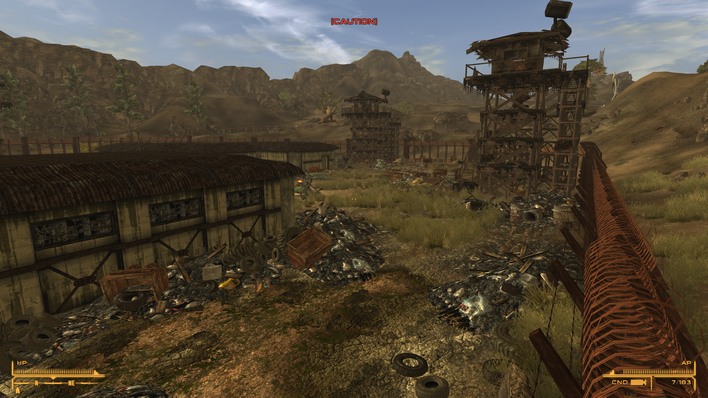 Even still, just the possibility of such a thing is exciting. As we said earlier, hardcore fans of the series have a near-consensus in that Fallout: New Vegas is either the best or second-best game in the series, and that's despite the title having been made under extreme crunch in less than a year. Fans often say that it feels more akin to the earlier Fallout games in its presentation of the post-apocalyptic world as morally-ambiguous, hostile to all involved, and charmingly anachronistic.

Obsidian's most recent release is multiplayer survival title Grounded, where players take on miniaturized children in a scenario straight out of Honey, I Shrunk the Kids and must cooperate to survive relatively super-sized dangers like bugs and birds. Before that, the company released The Outer Worlds, which can reasonably be described as "Fallout in space."

Considering that, it seems possible that folks at Obsidian would love to take another crack at the Fallout universe. After all, Obsidian is still headed by Feargus Urquhart, the producer and design lead on the original 2D Fallout games. Bethesda will be busy in the coming years with Starfield and then the sixth main-series Elder Scrolls game, and it stands to reason that Microsoft—who now owns both studios—would be loathe to let the Fallout property linger unused too long.

Obviously, given the source, there's no detail at all on anything other than the possibility of this title happening, but that in and of itself is exciting enough for this author, who marks Fallout: New Vegas among his top games of all time. We'll keep you posted if we hear anything else.
Thanks to VideoGamesChronicle for the tip.