Love it or hate it, Fortnite is still one of the most-played games on the internet. Like most living game titles that hang around a few years, it's expanded considerably beyond the bare-bones battle royale experience that catapulted the formerly co-op game into the limelight. The game is available on just about every platform, but there's a certain cachet among players for playing on PC. For a fair few PC gamers, particularly younger persons, Fortnite is the whole reason they got into PC gaming.


It's not inconceivable that children and teens who grew up playing Fortnite are now older teens and young adults with a little cash in pocket. Unfortunately, they won't be able to take the superior PC version of their favorite game on the go—at least, not with the Steam Deck. Epic head Tim Sweeney replied to a question from a player on Twitter whether Fortnite will be coming to the Steam Deck, and the answer is a rather definite "no."
In case you're confused, it's Valve that makes the Steam Deck, and Valve runs Steam, which is, yes, a competing game store for Tim's Epic. However, Valve is completely committed to having the handheld remain an open platform for any software users wish to run, and even specifically stated that it would allow other game stores and their games. From the user side, that's all well and good, but competitive online games like Fortnite are going to require support from the developer, too.


In the specific case of the Steam Deck, the Fortnite foul is the use of Linux. Sure, the Steam Deck can (in theory) run Windows, but it's not optimized for it because it comes with the Linux-based SteamOS by default. Tim's stated concern is that Linux makes it too easy for cheaters to cheat, so Fortnite simply won't be showing up on the Steam Deck.
It's true that Epic is bringing its Easy Anti-Cheat (EAC) software to the Steam Deck for other games that use it, like Black Desert Online, For Honor, Halo Infinite, and many, many other titles (including the upcoming Elden Ring!) Fortnite itself uses both EAC and Battleye, but Battleye has expressed intentions to come to the Deck as well. If anti-cheat is the concern, that problem should in theory be solved in the coming months. Users in the Twitter thread japed at Sweeney's apparent lack of faith in his own anti-cheat product.


Tim's stated objection specifically comments on the ability to customize the kernel in Linux, though, and that's a fair point. Unlike in Windows, where the kernel is fixed in form and heavily protected against modification, in Linux, modifying the kernel is part and parcel of simply setting up a system. So saying, it's much easier for cheat utilities to embed themselves in the operating system at a very high level and remain nigh-undetectable to anti-cheat software by manipulating the security mechanisms built into modern hardware.
The thing is, that's actually possible on Windows too. In fact, myriad modern paid cheating suites for Windows do exactly that, and execute at ring 0 or even above. It's more work, to be sure, but there's big money in the paid game hacks market. Plus, the Steam Deck is functionally a console, and will ship with a fixed operating system. It should certainly be possible to detect OS modifications (if not the nature and capabilities of said modifications) and disable the game if cheating is such a big concern.


If anyone should know this, it's certainly Tim Sweeney, who is still lead architect on the Unreal Engine and (obviously) quite a talented programmer himself. So while Tim's concern is legitimate, it doesn't exactly hold up under scrutiny—at least, not on its own. There's a much simpler and more obvious reason why Epic wouldn't want to have Fortnite on the Steam Deck, though: he doesn't want his biggest game on his competitor's platform. 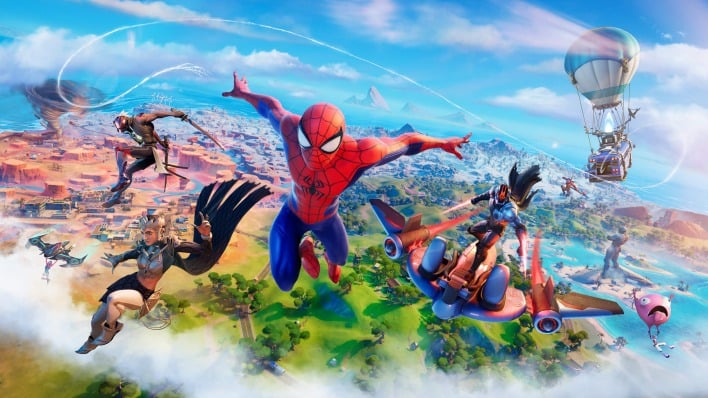 To be clear, having Fortnite on the Steam Deck wouldn't mean having Fortnite on Steam itself, and it wouldn't even mean that Valve gets a cut of payments, or anything like that. The only benefit to Valve would be adding to the library of games available on the handheld. It's hard to imagine a single game like Fortnite being a big draw to a hackable handheld like the Steam Deck, but it's a massive title with immense reach, and as a competitor, Epic has a vested interest in seeing Valve's handheld experiment fail.


Despite that, you could already argue that the company is doing much to assist in popularizing the platform by porting over EAC. Anti-cheat has long been the enemy of practical Linux gaming, and if the biggest providers port over their software solutions, there's little more barrier to entry for casual gamers to pick up and play on Linux. Porting EAC may be a calculated play on Epic's part to weaken the strangehold that Microsoft has held on the PC gaming market for decades. After all, Tim's distrust of Microsoft is well-documented.
Whatever the actual reasons, Fortnite isn't coming to the Steam Deck. At least, not officially. Some enterprising folks have gotten it working on Linux in the past, and if both EAC and Battleye get working Linux versions, it seems like a relatively small step to get the Unreal-Engine-based Fortnite working, too. We'll let you know if that happens after the Steam Deck's official launch on February 25th.