'Creature In The Well' Dungeon Crawler Game Is Free To Download For PC, Get It Now

With everything going on in the world today, gaming can make for a welcome distraction to de-stress and unwind at the end of the day. Even better is a free game from Epic Games, and this week’s game looks pretty fun. The Creature In The Well is described as an indie action dungeon crawler that can be had for free through April 1st.


Released in 2019 by developer Flight School Studio, Creature In The Well takes players through a desert mountain dungeon filled with secrets where they will solve puzzles. As the store page explains, “As the last remaining BOT-C unit, venture deep into a desert mountain to restore power to an ancient facility, haunted by a desperate Creature.” To complete this task, you will get to unlock and upgrade gear across eight unique dungeons to ultimately defeat the creature. If you want to see how the game looks, take a look at the trailer below:
It seems that Creature In The Well is fairly well received, with around an 8/10 rating from several reviewers. Honestly, though, it would be hard to compare this video game to anything else as it is a quite unique “top-down, pinball-inspired, hack-and-slash dungeon crawler.” 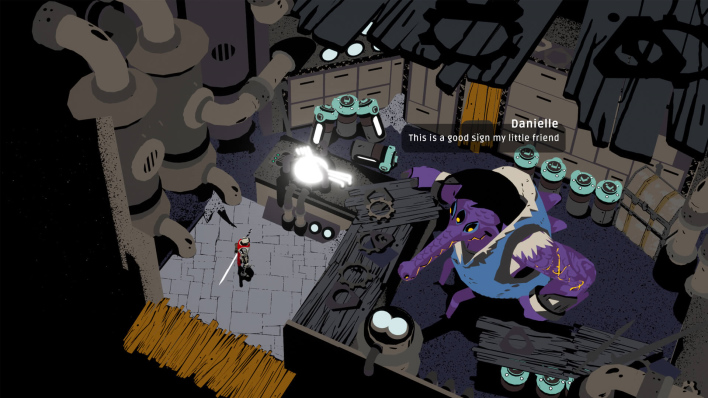 In any case, if this game sounds up your alley, you can pick it up on the Epic Games store for free to keep in your library forever. If you do happen to pick this up, let us know what you think of the game in the comments below.