Tesla and SpaceX CEO Elon Musk has long been a proponent of Neuralink, which is a brain-machine interface that attaches to the skull, and features electrodes that embed directly into the brain.  When we most recently visited Neuralink, the implant was used on a group of pigs, gaining real-the signals from their snouts.

The hope is that these neural implants will eventually help improve brain functionality (perhaps to help reverse the effects of memory loss as humans age) and to help those with spinal cord injuries regain the use of their limbs in the future.

Musk recently gave an update on the Neuralink via the social media app Clubhouse, in which he addressed several thousand listeners. He revealed that the Neuralink had been implanted into the skull a monkey so that he could play video games -- a noble cause indeed. But of course, this isn't as simple as a monkey using a game controller to play games; it's doing so with mind powers as "the old man" says in A Christmas Story. 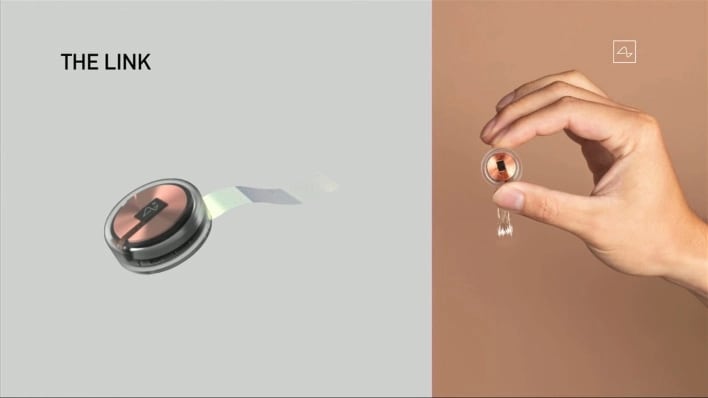 “We have a monkey with a wireless implant in their skull with tiny wires who can play video games with his mind,” said Musk. “You can’t see where the implant is... We have the nicest monkey facilities in the world. We want them to play mind-Pong with each other.”

That's quite an impressive feat for Neuralink, but Musk unfortunately didn't go into much detail as to how competent that monkey was at playing these games. We'd have to imagine that at this point in the development of the brain-machine interface, performance wouldn't be be nearly as impressive as if the monkey was using a physical controller. However, it does show the potential of the technology for the future. 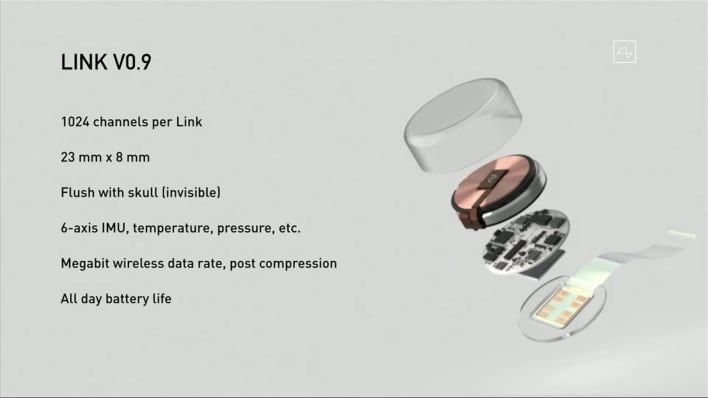 Elon Musk debuted Neuralink v0.9 back in August 2020, and it's a tiny device that measures 23mm x 8mm and fits flush with the skull. It incorporates a 6-axis IMU, temperature, and pressure sensors for monitoring. It also features all-day battery life and supports inductive charging.

Hopefully we'll get some videos or additional insight into how the monkey performed during the Neuralink gaming tests, and how the monkey felt about having the machine hooked up to his skull. All Musk would say during his Clubhouse talk was that "He's a happy monkey."