The story of Elizabeth Holmes should serve as a warning to other Silicon Valley start-ups and its investors. In a rare court case where a Silicon Valley entrepreneur faces criminal charges for defrauding her investors, a jury decided guilt on four of the 11 charges.

Elizabeth Holmes, who is now 37 years old, was at one time a billionaire who made her fortunes in the heart of Silicon Valley. At the age of 19, Holmes started a company called Theranos and soon after dropped out of college. The company flew under the radar for nearly a decade before Holmes decided to make claims that Theranos had developed technology that could reliably and accurately test for a range of medical conditions with just a few drops of blood taken from the prick of a finger. It was at this same time that the company also announced it had struck a retail deal with Walgreens.

Shortly after that announcement, Theranos raised approximately $945 million from investors like Rupert Murdoch, Oracle founder Larry Ellison, and Walmart's Walton family. When the company was at its peak, Holmes was worth an estimated $9 billion on paper. She was frequently found on magazine covers wearing a black turtle neck, which in turn brought comparisons to the late Apple CEO, Steve Jobs. A look that she did not emulate during her court appearances.

Holmes was applauded by the media and other Silicon Valley companies as someone who aimed to make the world a better place. But all of that would soon meet its fairy tale ending following a Wall Street Journal investigation in 2015 that uncovered the company had only performed roughly a dozen of the hundreds of tests it offered using its proprietary blood testing device, and that the tests returned questionable results. It turned out that Theranos was reliant upon third-party manufactured devices from traditional blood testing companies.

In the year that followed, Theranos voided two years of blood test results. Theranos and Holmes settled out of court on "massive fraud" charges with the Securities and Exchange Commission, but would not admit to or deny any of the claims that were made as part of the deal. Shortly after Theranos was dissolved as a company.

Then in 2018 Holmes and co-defendant Sunny Balwani, Theranos President, were charged by the U.S. government with wire fraud and conspiracy in federal court. The two were alleged to have deliberately misled investors and the public about the reliability of Theranos' blood testing technology. 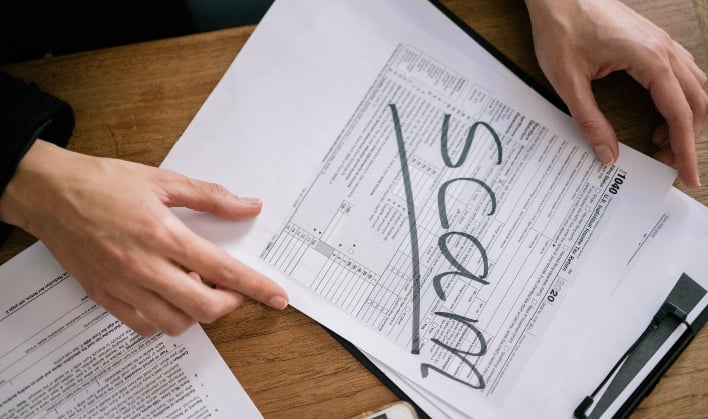 Yesterday Holmes was found guilty by a jury of her peers on four of the 11 charges against her. Three of those counts were wire fraud, and one was conspiracy to defraud investors along with her co-defendant, Sunny Balwani. She faces up to 20 years on each of the counts. The jury did find her not guilty on two of the counts of defrauding patients and not guilty of conspiracy to defraud patients. On three other counts the jury was unable to reach a verdict.

U.S. Attorney Stephanie Hinds said in a statement read aloud by a spokesperson outside the courthouse, "The jurors in this 15-week trial navigated a complex case amid a pandemic and scheduling obstacles. The guilty verdicts in this case reflect Mrs. Holmes' culpability in this large-scale investor fraud, and she must now face sentencing for her crimes."

"This is a verdict that should matter not just to Silicon Valley but to the people who celebrate it, invest in it and use its products," said Margaret O'Mara, a historian of the tech industry and professor at the University of Washington. "She was made possible by a Valley business culture that celebrated and encouraged very young, marginally experienced people."

Silicon Valley has long had the aura of somewhere that young people with a drive for success, but with little to no experience could go and make millions of dollars. As others have pointed out, hopefully this will serve as a wake up call to them, and those who look to invest in their dreams and aspirations, to take a much closer look at what they are doing. No one wants to deter anyone's aspiration of making the world a better place, but we all must do our part in making sure what we are trying to achieve is actually making a positive difference and not breaking any laws.